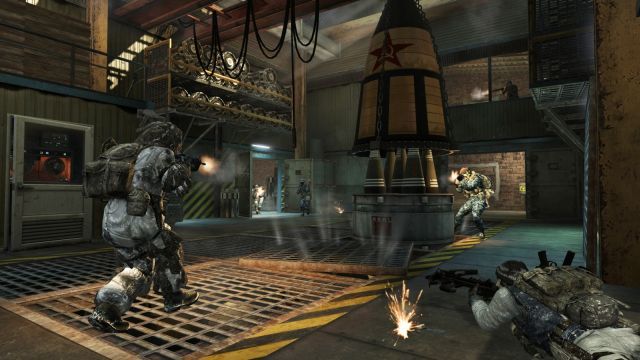 The many PC players of Call of Duty Black Ops will soon be able to purchase and download the second and final map pack for the hit first person shooter. Activision announced today that the Escalation DLC map pack will be made available for the PC version on June 2. The map pack is already available for pre-order via Steam for 10 percent off its normal $14.99 price. For you PS3 owners of the you will have to wait a bit longer thanks to the Playstation Network's downtime.

For those of you who haven't tried out the Xbox 360 versions of the DLC pack, which came out a few weeks ago, the Escalation map pack adds four new multiplayer maps to Call of Duty Black Ops. The maps are: Hotel, set in a luxury hotel and casino in Cuba; Convoy, where players battle in out in a ambushed U.S. military convoy; Zoo, set in an abandoned zoo in Russis; and Stockpile," set in a Russian farm

In addition the map pack adds a new zombie level, Call of the Dead,"  where players fight off the undead in icy Siberia. Players will take on characters that have the likenesses and voices of Robert Englund, Sarah Michelle Gellar, Michael Rooker and Danny Trejo. In addition, George A. Romera, the director king of the zombie movies, makes a cameo as a zombie boss. This will likely be the last map pack before the next Call of Duty game, Modern Warfare 3, is released this fall.