Microsoft has announced that Cortana - its digital assistant for Windows and Windows Phone - has told more than half a million jokes since her inception on the company's OS nearly 16 months ago; that equates to more than 30,000 jokes monthly and a thousand jokes daily. Cortana came bundled with Windows Phone 8.1 when the operating system launched as a developer preview. The assistant was highly regarded by many, and being exclusive to Windows Phone at that time, it soon became a sensation among the OS' users. 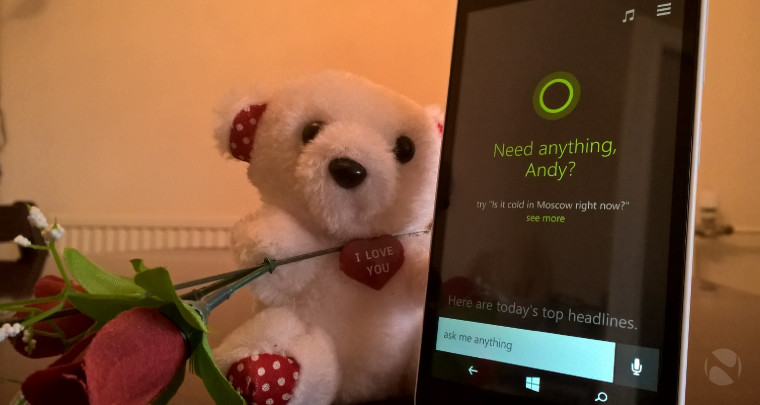 Since then, the company has worked tirelessly to make Cortana more functional, injecting in her the ability to make predictions about the FIFA 2014 World Cup, order pizzas from Domino's, answer tough questions, track packages, and more. As Microsoft enabled her in other parts of the world such as Italy, Spain, France, Germany and the UK, she gained more entertainment-focused features as well, the most interesting of which is the ability to tell jokes.

All users have to do is to say or type, "tell me a joke" to witness the full glory of Cortana's humorous nature. With that being said, the digital assistant is generally witty and likes to give short and funny answers to questions. Seeing her rapidly growing popularity, Microsoft added her to its Windows 10 desktop OS as well which means that now even users without a Windows Phone can make use of her assistance.

Even though Microsoft originally stated that it has "no plans" to bring Cortana to Android or iOS, the company released the assistant on Android just a couple of days ago - albeit, in beta stage.