Kinect is just one day away from sale in North America, with Europe getting hold of the motion control hardware next week. Nearly all pre-orders have been sold out for a couple of weeks so it'll be interesting to see how the stock levels are on launch day. Today we have details of Free Realms for the Mac, Xbox Live Gold membership news and more.

Free Realms now out for the Mac

SOE has announced that as of today, they have released a Mac compatible version of their free to play title Free Realms. The game has well over 14 million users in one of the biggest online worlds to date. The game can be played by adults and children alike and is a lot of fun with some great graphics and quests along the way. You can sign up to play the game by visiting the Free Realms website

Lord of the Rings Online - now free to play in Europe

It has been a long time coming for European users of Lord of the Rings Online, but finally the game is now free-to-play. Users can now download the game at the Lord of the Rings Online website and play up to level 50 for free. Those who already had a lifetime subscription to the game get access to the VIP program that allows complete access to the game. For more details check out the official site.

Discuss Lord of the Rings on our forums 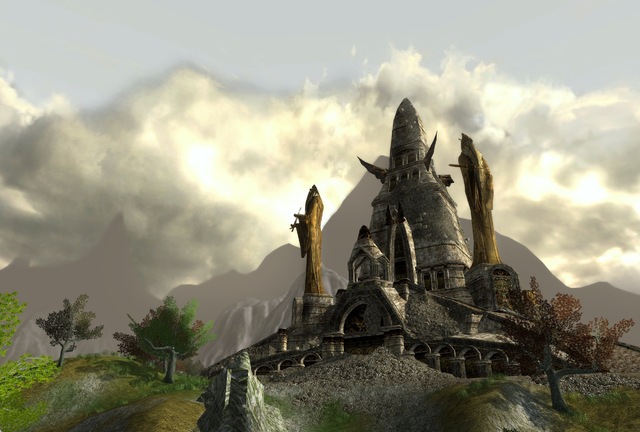 Many users were miffed at the price rise for a Xbox Live Gold membership. The rise from $50 to $60 a year has now seen the company come out and defend the increase by saying once more that they have many exclusives, such as Call of Duty maps, and more people are willing to pay extra for the multitude of multiplayer games that are on the console.

Yes, if you are one of many who will be queuing up this evening to be one of the first in the world to get your hands on Kinect for the Xbox 360, there is some even better news. If you are one of the first 3,000 people to buy the device you will get free copies of Kinect Sports and Kinect Joy Ride. Not just that though, you'll also get a years free membership to Xbox Live! Gold. You have to be at the Times Square launch in New York to get your hands on these items, but it will be well worth queuing for.

Discuss Kinect on our forums

As has been talked about for some time, TeamXbox has mentioned that Kinect will make very little use of CPU processing power, Kinect Lead Alex Kipman even said that it uses just "single digits" of processing power. The piece makes mention of just a tiny 50mb package running in the background that keeps track of your movement, something that little was known about before.

As Microsoft announced earlier in the year, the Xbox Live Gold Family Pack is now ready to buy. Those of you who decide that this is the deal for you will get four twelve month gold memberships for you to use with your family. It also adds a "Family Center" to the Xbox dashboard to manage your members along with the parental settings and more. It costs $99.99 and those of you who are already gold members, you can upgrade current account if you wish to do so.

Various news sites have been reporting that Gran Turismo 5 has gone to manufacturing and the game is being pressed as we speak. The news has come from the game creator Kazunori Yamauchi, though with the amount of delays the game has had, who knows if will be in our hands this Christmas.

Discuss Gran Turismo 5 on our forums

An update to the PSN title Kick Ass, based on the movie, is on the way to those who own the game. The update will be released on November 9 and includes a host of improvements such as new missions, better AI, sound fixes and some more trophies. The game was not well received when it launched, though hopefully some of these features will improve the title somewhat.

Once again leave it to Steam to have a great midweek sale item. This week we have Trine at 75% off, and even better news is that it now works on the Mac! If you haven't tried Trine before then I suggest you do so at just $5. It is a fantasy action game where you use objects to get through puzzles and take out enemies; you take on the role of three varying characters as you try to save the kingdom.

Another Borderlands patch has been released for the PC. This now brings the game up to version 1.41. The full patch list is below:

Discuss Borderlands on our forums