Electronics maker LG has just added another freebie if you choose their devices. The company has worked out a deal with Microsoft to allow adopters of their Windows Phone 7 handsets to download ten applications for the platform for free, every 60 days, according to a Microsoft press release. 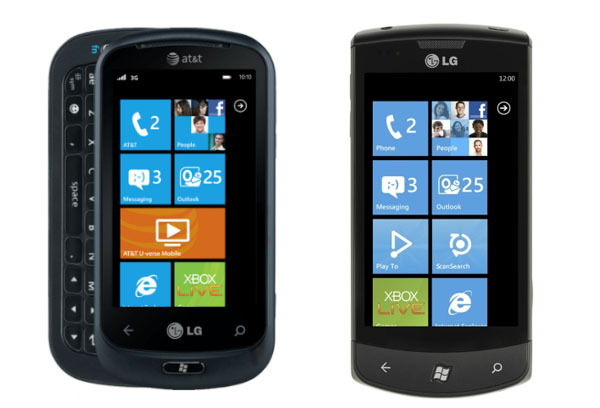 The LG Quantum and Optimus 7 are the handsets that are featured in the deal.

The applications will not be simply pre-installed applications that come with the phone, but instead will be "popular" third-party apps. These will be able to be downloaded from LG's Application Store which comes pre-installed on LG handsets. CNET also reports that the apps will differ from LG's own Windows Phone 7 apps as well. Applications given away will be the "popular" Windows Phone 7 apps. Ten apps combined at a value over $30 will be chosen and given away, rotating to new set after each 60 day period.

Offering free software with the purchase of new hardware isn't a new concept, but offering third-party apps usually isn't included in that. LG hopes to boost sales and promote Windows Phone 7 all by allowing users to personalize their new phones with a gift of all the popular apps, ten at a time for 60 days. A deal as grand as this will certainly cause users to think twice about which handset they will pick up.

This deal will be offered for two of LG's Windows Phone 7 handsets, the Quantum and the Optimus 7. LG Quantum will be available in the US on AT&T, while the rest of the world will get the Optimus 7. In addition to the continuous ten free apps, LG users will get access to premium applications developed by LG as well. These applications will also be available in the LG Application Store and will focus on social networking services and practical tools.