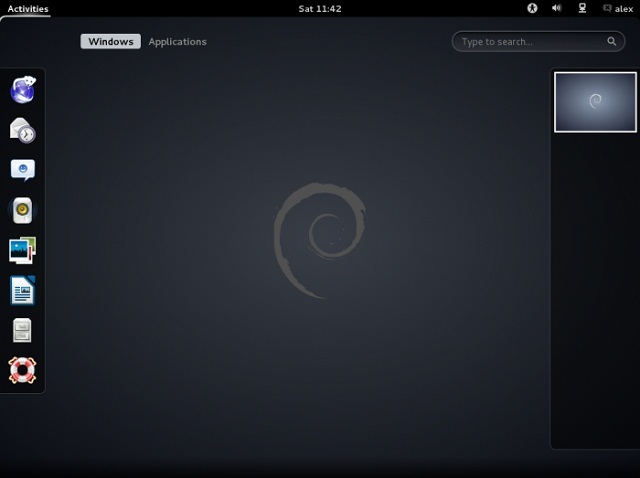 Back in August, we reported that Debian was switching to Xfce as its default desktop environment. GNOME had become to big too fit on a CD for the next release called Debian Wheezy, according to a developer of the Linux distribution. It's more plausible that the declining popularity of the GNOME desktop environment was the real reason behind the developers' move.

But now, the developers have chosen to revert that decision, making GNOME the default environment once again. This time, however, no reason was given. The commit placed by Christian Perrier simply states, "Again revert xfce default."

One reason could be that Xfce still relies on the older GTK+ 2 toolkit and the next version won't be based on GTK+ 3 either. Or it's just as simple as the developers beginning to like GNOME Shell, the new highly polished interface introduced with GNOME 3 that took a radical departure from the previous interface. In a recent Q&A chat with students from the Aalto University in Finland, even Linus Torvalds himself has returned to GNOME 3:

“I have to say, things are so much better now that were one year ago, I am actually back to using Gnome 3″

Xfce is lighter than GNOME though, and that difference will likely become bigger. With the upcoming GNOME 3.8, there's no GNOME 2-like fallback mode anymore. Instead, users will be forced to use GNOME Shell, even if the GPU (or driver) can't handle it. In that case the interface will be software rendered with LLVMpipe. Ubuntu recently moved to LLVMpipe with Ubuntu 12.10, which hasn't been a popular decision for owners of low-end systems incapable of running the 3D accelerated Unity interface.

Xfce remains available for those who would rather use it.