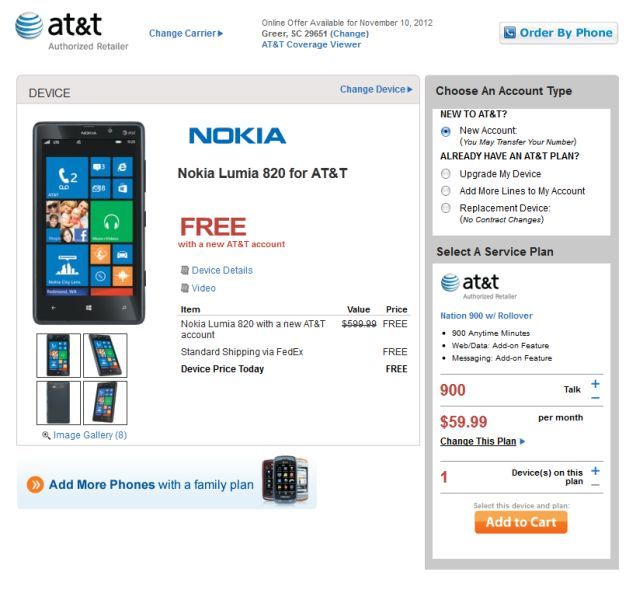 AT&T started selling the Nokia Lumia 920 and 820 in its stores and online earlier this week, but the wireless carrier is selling the Windows Phone 8 devices for $99.99 and $49.99, respectively, with a new two year contract. If you are a new AT&T customers and really, really want one of these two new devices, there's actually a cheaper way to get both.

Walmart's website is now showing the Lumia 920 on sale for just $49.99 and the Lumia 820 for the low price of absolutely nothing at all. Again, these prices are for those folks who are starting up a new two year contract. The prices don't count for current AT&T customers who are aiming to upgrade their current smartphone.

If you want to get the smartphones without that pesky contract, the Lumia 920 will set you back $579.99 if you get it at Walmart, while the Lumia 820 will cost $449.99. Also, the Lumia 920 comes in cyan, white, black and red colors but not in yellow on Walmart's website.

So, if you are aiming to get a new Nokia Windows Phone 8 smartphone and don't yet have an AT&T account, and you don't mind having to stick to a long contract, this Walmart deal might be up your alley.