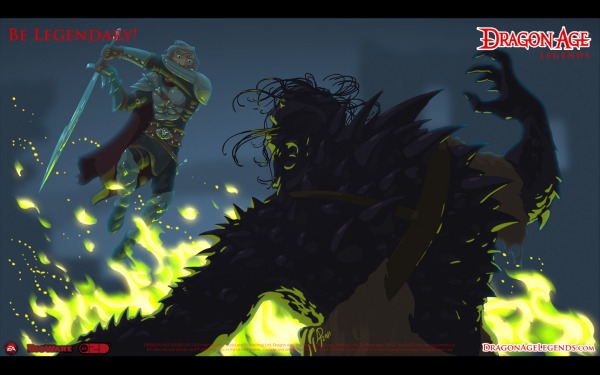 The Dragon Age games have been big critical and sales hits for developer BioWare and publisher Electronic Arts. Not all of these games have been successful, however. A few days ago, it was announced that Dragon Age Legends, a social networking spin-off game, will shut down for both Facebook and Google+ owners on June 18th.

The game was first launched in March 2011, just before the release of Dragon Age II. The game allowed players to not only have a stand alone RPG experience, but they could also unlock items that could be used in Dragon Age II.

In a post on the game's official web site that announced its shut down, EA stated:

While it’s never fun to say goodbye, consider it only temporary. We’re also hard at work on our next core social projects, and we promise you they will be even more epic than anything we’ve done before. We hope you’ll join us again when they launch.

EA has already shut down the ability to pay for "crowns", the in-game cash for Dragon Age Legends, with real money. If you have any remaining crowns left, EA has also announced that it has greatly reduced the prices of in-game items from now until the game's shut down. Players of the game will also be able to receive a promo pack for another EA/BioWare social networking game, Age of Champions, that contains a number of in-game items and cash.