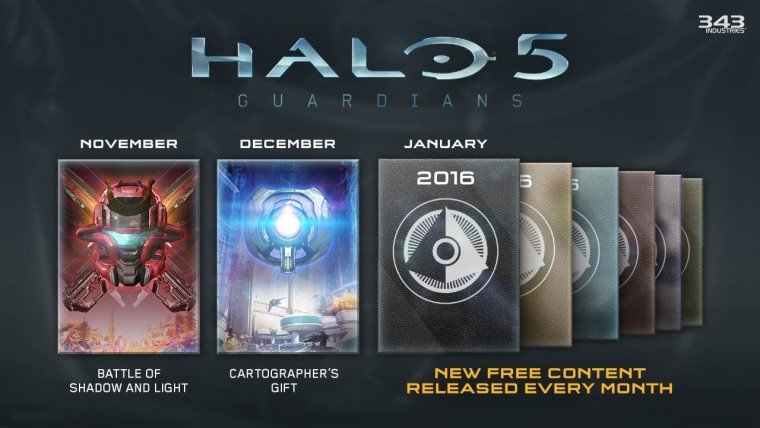 Microsoft's prized Halo 5: Guardians is off to a good start. The newest installment of Halo racked up over $400 million in game and hardware sales in its first week. A strong launch is good, but continued support of high profile games like Halo is important to keep the player base strong, and 343 Industries knows just how to keep Halo fresh: with free DLC content.

This month, 343i will be releasing a sizable update to Halo 5: Guardians. Announced last night during the Video Game Awards in Los Angeles, "Cartographer's Gift" is the next set of DLC coming to Halo 5, the follow up to the Battle of Shadow and Light which released last month. Included in the upcoming DLC pack will be a new set of maps for both Arena and Warzone multiplayer, new weapons and armor, and the Halo player creation tool known as Forge.

All of this DLC will remain free to owners of Halo 5: Guardians, as will all future DLC content. You can get a glimpse of what's to come by checking out the video below. As of this moment the official release date of "Cartographer's Gift" is still unknown.