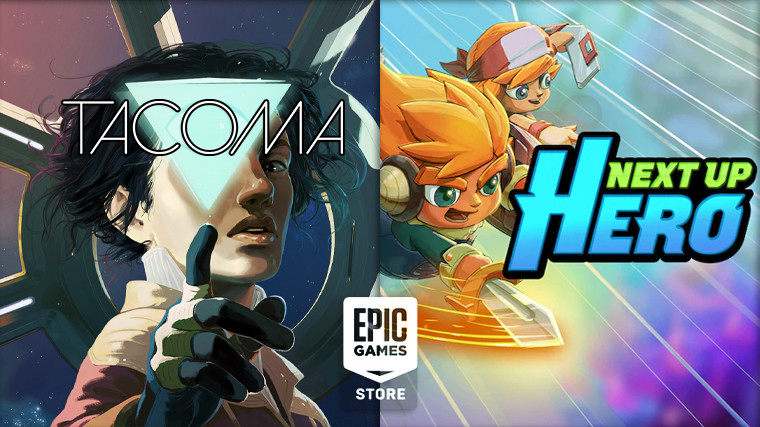 It’s the start of Epic’s Summer Sale today, and with it, Tacoma and Next Up Hero are free to claim and keep for this week’s giveaway.

Starting from today until August 6, the store will be hosting discounts of up to 75%, but the 10$ discount coupons that have been causing a farrago of joy and balmy confusion during the store’s previous sales won’t be making an appearance this time around. However, if you didn’t use your existing 10$ coupon during Epic’s Mega Sale, now may be the time.

Tacoma, developed by Fullbright of the Gone Home fame, is an explorative adventure game set on a space station, seemingly in a crisis. It was received positively at launch and was nominated for a number of commendations, including for the ‘Narrative’ category at the 14th British Academy Game Awards. Here’s how it is described at the Epic Games Store:

An Abandoned Space Station. A Mysterious AI. And You. The crew of Lunar Transfer Station Tacoma were going about their workaday lives when disaster threw them into chaos. Discover what fate awaits them in Fullbright's bold and innovative followup to Gone Home.

Next Up Hero is an online co-op dungeon crawler, developed by Digital Continue and originally released in 2018 as an Early Access title. It features a variety of heroes to choose from as well as a dungeon creator mode. Here’s how the Epic Games Store describes it:

Next Up Hero is a dungeon crawler featuring hand-drawn heroes that hack, slash, bongo-drum, boomerang, and jet their way through Ventures. Choose your Hero and start rolling dungeons, gearing out, and maxing your stats.

Epic Games Store is offering Tacoma for WIndows and Next Up Hero for Windows and macOS, but the former is also available for macOS and Linux via Steam, where it is priced $19.99 at the time of writing. Here are the minimum requirements:

If you wish to claim Tacoma or Next Up Hero, you can find them here. They will be free to claim until July 30, which is when Epic will put on offer 20XX, Barony, Superbrothers: Sword & Sworcery EP, for its next giveaway.