For users of Facebook's mobile Messenger app, fire up the App Store or hop onto Google Play - there's a new update for the app, and it's more than the usual standard fare of vaguely described "performance enhancements" or "bug fixes."

In recent messages sent from at least the past two days, Facebook has begun storing "last seen" timestamps alongside messages. These timestamps are quite similar to the "read receipts" that users can choose to enable in iMessage on iOS, or on Blackberry Messenger - it notifies the sender when the recipient read the message.

But unlike iMessage, the timestamps in Facebook Messenger are not only available on at least two platforms, but you can't turn them off - for now. The timestamps also work great for group conversations, whereas they're disabled for group iMessage chats. In addition, you can only see it on the mobile Messages app - it's not yet coded into the (slow) mobile Facebook app, nor the desktop or mobile site. 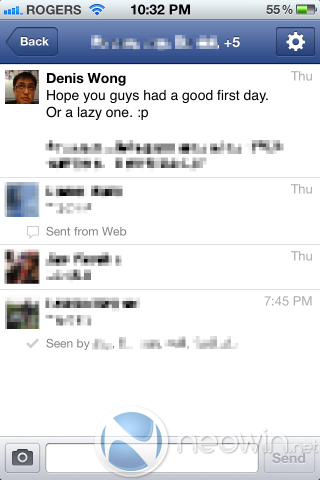 Tapping on a message that is not the most recent in a conversation will bring up a checklist of who has read that message, while tapping the most recent message will also give the timestamps of a person reading it. 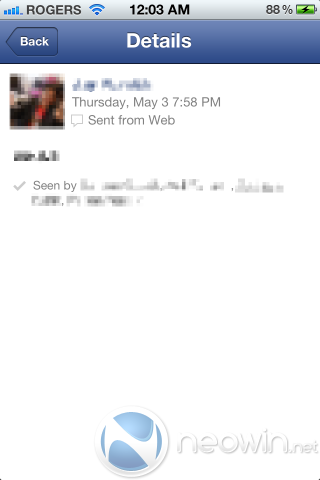 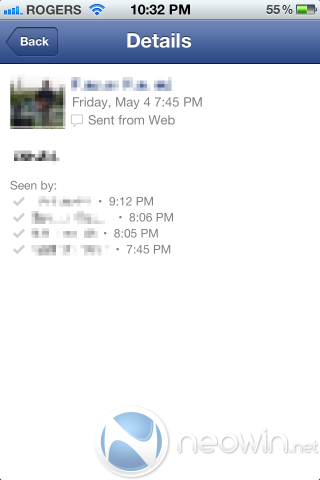 This new feature may prove to overstep privacy boundaries of some Facebook users who would much prefer not letting anxious friends automatically know if they're actively ignoring their messages. On the flip side, these timestamps could ensure important messages are read and acknowledged, although one is better off obtaining verbal approval for such important messages.

Oh and if you're wondering, video calling isn't yet available in this update, at least publicly. It'll probably land later this summer.