Originally released for mobile devices back in 2015, Fallout Shelter debuted on the Xbox One and Windows 10 as a Play Anywhere title just last month. The free-to-play game is now making its way onto Steam, with full controller support, Steam achievements, and cloud saves. 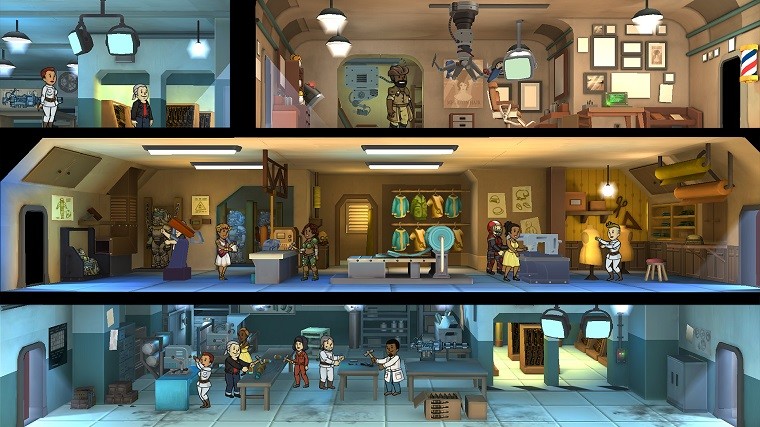 Bethesda is yet to make an official announcement for the Steam release, but the store page appeared sometime yesterday, and according to it, the game will be unlocked in about two hours.

This is actually the third time that Fallout Shelter will launch on PC, with it already available through the Bethesda Launcher, and the Microsoft Store for Windows 10.

For those unfamiliar with the game, it has you managing an underground vault as its overseer, with the difficult task of building a thriving community. Players can build specialized rooms inside the vault to gather various resources, which can then be used to bolster the vault's security against outside threats, and even expand further underground.

Although the game hasn't been unlocked yet, its micro-transaction store is already up and running on Steam. However, keep in mind that the items from the store, although useful, are entirely optional and mainly serve to reduce the grind of waiting for tasks to complete.