Mozilla has been hard at work since releasing the first alpha of Firefox 4.0 (which is still named 3.7 for some reason). Similar to Chrome and Internet Explorer 8, which separate tabs into different processes, Mozilla has been planning on separating tabs, as well as add-ons, in the same way. The idea, as a whole, is being called "Electrolysis" and will be one of the most important features of Firefox 4.0.

Mozilla has released a second developer preview of Firefox 4.0 which contains a piece of the Electrolysis project. Dubbed "Out-of-Process Plugins," the new feature will ensure that plugins don't bring down the entire browser. When a plugin, such as Flash, crashes, the user's session will stay intact, leaving the plugin to be dealt with on it its own. Firefox will terminate the problematic plugin and then restart it automatically. The browser will also display a nice little error message, telling the user to refresh the page (see below). Some of the other performance improvements found in the new alpha release are:

If you want to test run Firefox 4.0 alpha 2, use the links below. Keep in mind that this is a very early preview and should not be used as your primary browser. 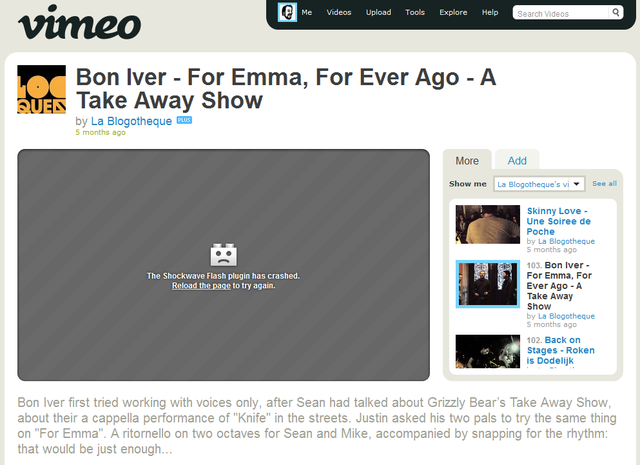