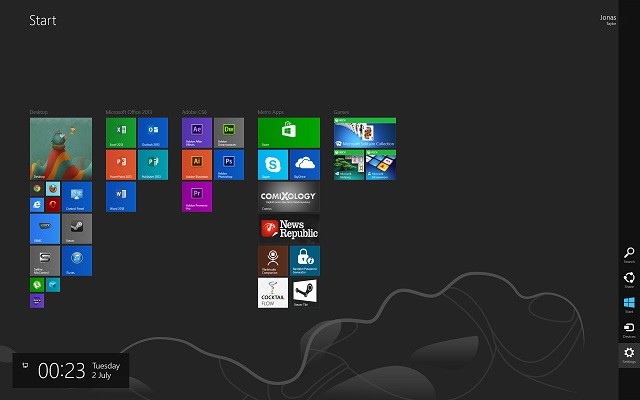 Since the Windows 8.1 Preview was released several weeks ago, loads of people have been giving the refreshed and revamped OS a go on their devices. Generally the reaction to the Preview has been positive, with many people praising the polish Microsoft has applied in many areas.

Forum user 'theyarecomingforyou' has posted his opinions of the Windows 8.1 Preview in a mini-review, complete with some before and after comparisons shots between the Preview and Windows 8, highlighting the changes made to his experience on a 2560 x 1600 monitor. While he experienced some issues installing the operating systems (BSOD galore), and he's still not convinced it's a "magical fix to the problems with Windows 8", his opinions of the OS show that he's a fan of some of the improvements.

Here's a snippet from the review:

The new Start Screen is a definite improvement, especially the auto-colouring of desktop tiles - it's such a small detail but it makes such a big difference. The customisation options for the Start Screen have been expanded to include setting a different highlight colour to the background, though in order to see the results of this you can to keep going back and forth between the Start Screen and Charm Bar options. The biggest addition is the ability to use your desktop wallpaper as your background, which provides a greater degree of consistency but is not something I'd want to use on a permanent basis.

You can read the rest of theyarecomingforyou's review here