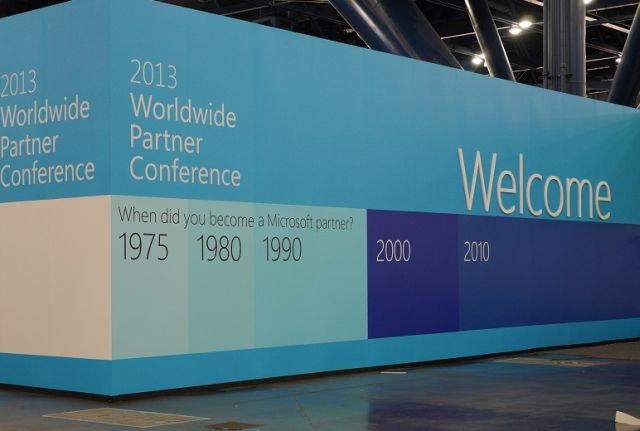 Yes, it's been less than two weeks since BUILD 2013 ended but Microsoft will begin yet another major company conference on Monday in Houston, Texas. It's the 2013 edition of the annual Worldwide Partner Conference, where Microsoft offers up information about its current and upcoming products and services to the many companies it works with across the globe.

Microsoft has already announced that attendees of WPC 2013 will be able to go to the onsite Microsoft Store and buy Surface tablets at heavily discounted prices. The Surface RT with Touch Cover will be on sale for just $99 for the 64 GB version, while the 128 GB stand-alone Surface Pro tablet will be priced at $399 for the duration of the conference.

The event formally begins with its Vision Keynote address, which starts at 8 am ET on Monday. Microsoft CEO Steve Ballmer, COO Kevin Turner and Windows senior marketing and business officer Tami Reller will be among the company executives scheduled to make presentations during the keynote which will be streamed live online. WPC 2013 is being held just before Ballmer is rumored to make some major changes to Microsoft's corporate structure which could see many executives in new roles at the company.