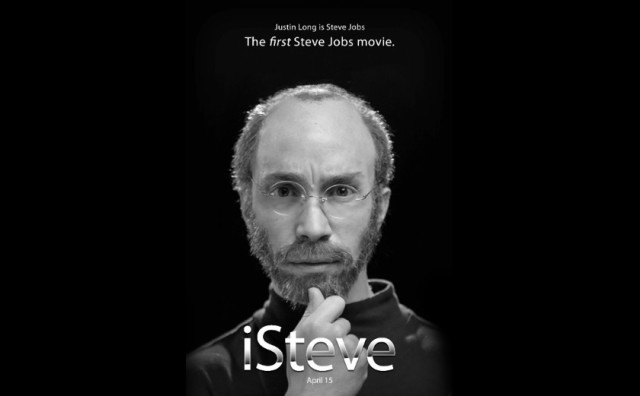 We made a movie! "iSteve" stars @justinlong & will be the FIRST Steve Jobs biopic on April 15th. Read all about it: ow.ly/jaI6Z

The New York Times reports that Funny or Die is planning to unveil the film on April 15. "iSteve" will star Justin Long, who previously starred in Apple's "I'm a Mac" commercials, as Jobs and clock in at 60 to 75 minutes – the longest endeavor the site has undertaken to date. The movie was written and shot in just eight days and will be released long before both upcoming Jobs biopics.

"In true internet fashion, it's not based on very thorough research – essentially a cursory look at Steve Jobs' Wikipedia page", writer and director of 'iSteve' Ryan Perez told the Times. "It's very silly. But it looks at his whole life."

Producer Allison Hord added that "even the harshest fanboy critics will be able to laugh with us."