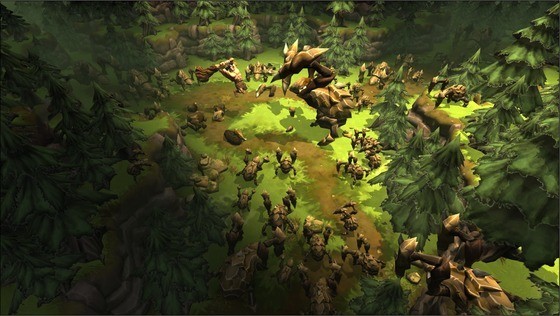 A few weeks ago, developer Gas Powered Games launched a Kickstarter campaign for Wildman. The fantasy RTS-RPG hybrid was supposed to keep the developer behind games such as Dungeon Siege and Supreme Commander going.

In the end, the developer had only raised just over $500,000 of the $1.1 million it said it needed to fund Wildman. With four days to go in the campaign, Gas Powered Games decided to shut down their fund raising efforts today.

In its final Kickstarter update, Gas Powered Games indicated that the developer isn't quite finished yet. The update stated:

At this point, it makes sense for us to focus our attention on other ways to keep Gas Powered Games running. Unfortunately, we are unable to share any specifics in public. When we have news to share, we will be posting it on our site.

Gas Powered Games laid off many of its team members just a few days after its Wildman Kickstarter campaign began. At this point, the future of the acclaimed developer, founded by Chris Taylor, is unknown but hopefully the hints that it has some other options that could keep the team going will come to fruition.