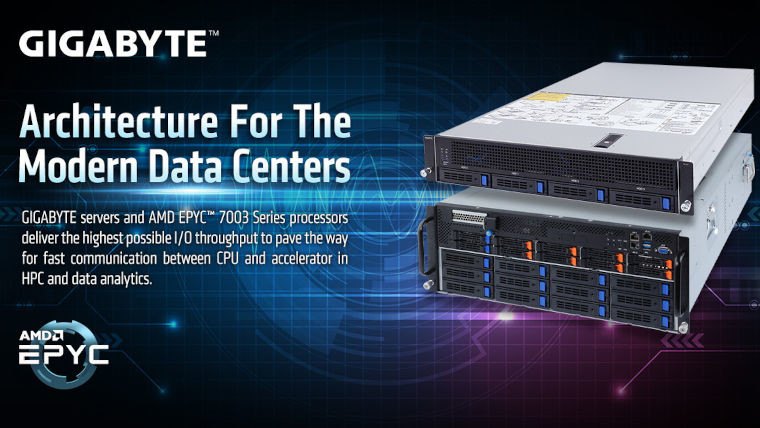 Gigabyte Technology has announced over 40 servers and server motherboards that come with or support the new AMD EPYC 7003 Series processors. The firm said that these new servers are exceptional in high-performance computing (HPC), HCI virtualization, cloud, and data analytics and that they’re suitable for on-premises or cloud data centers.

The latest generation of Gigabyte servers have been tested and are ready for AMD’s latest EPYC processors. Gigabyte has several series in their server line-up including the R-series, H-series, G-series, S-series, and M-series. The full list of devices is as follows:

Each of the new products from Gigabyte supports up to 64 cores and 128 threads, up to 4TB of DDR4 memory (up to 3200MHz) can be installed in each socket, and there are 128 to 160 PCIe 4.0 lanes available between the CPU and drives or accelerators.

As part of its offering, Gigabyte provides Gigabyte Management Console (GMC) for BMC server management via a platform accessible through a web browser. Gigabyte Server Management (GSM) software is also available for download and allows you to monitor and manage several servers easily.