Google is taking new steps to bust spam callers and telemarketers with a feature which allows Android users on Nexus and Android One devices to mark potential spam callers, see which callers have been identified as possible spammers, and block those numbers so they stop receiving fraudulent calls. 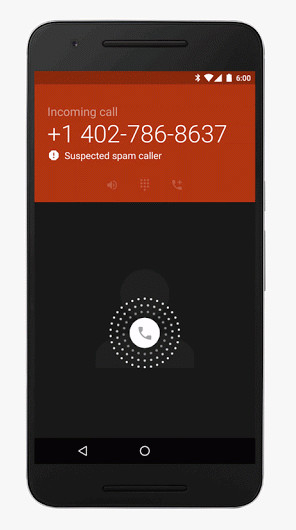 In a release posted on its Google+ page, Nexus has said that the Google Phone app will be updated in the coming days with a feature which marks potential spam callers. Users with Caller ID enabled on their mobile devices will have immediate access to this feature once the app updates to the latest version.

The feature will display a notification warning users that the number has been identified as a suspected spam caller. From there, users can mark the number as spam and block it to prevent receiving future calls with the following process:

The feature is currently supported on Nexus and Android One devices but Google may plan on rolling the feature out to additional devices running the Android operating system in the future.