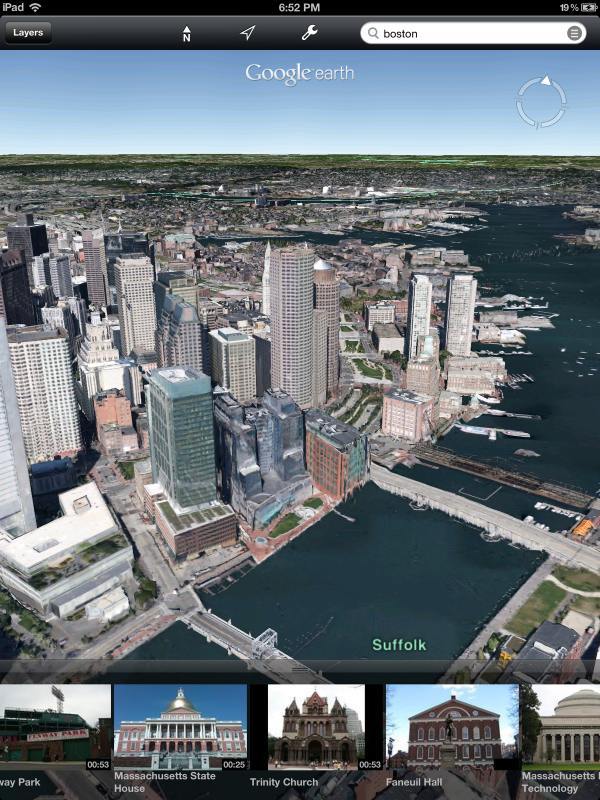 Remember Apple's last keynote showing the new features of the upcoming iOS6? In case you missed it, Apple switched away from Google Maps to include a solution of their own. One of the touted features was the ability to view certain cities in 3D, but it looks like Google is one step ahead.

Google updated Google Earth for iOS yesterday, with new 3D imagery for a limited number of cities, including San Fransisco, Boston and Los Angeles, and Rome as the only city not in the United States. Android users have been able to use the feature since late June, but desktop Google Earth users still have to wait for an update. Google's effort to bring the imagery to mobile devices first, could indicate that the company wants to be ahead of Apple in an area where Google has dominated for many years.

Some iOS users are left out though, because the 3D images which are rendered on the fly require a lot of processing power. Only the iPad 2, the new iPad and the iPhone 4S will get the 3D imagery, if iOS 4.2 or newer is installed. Other iOS devices still get the update that was released yesterday, which also includes a new tour guide feature, but without the 3D cities.