Yesterday we reported on the SDK for Windows Phone 8 that was leaked, and people have been digging into it to find what can be expected when WP8 becomes available later this year. 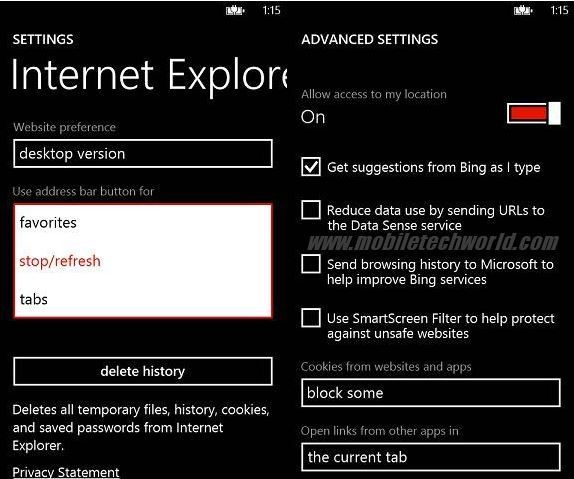 Last month, Microsoft already revealed some interesting features that we can expect in Internet Explorer 10 for Windows Phone 8. We know that IE10 Mobile will have the same rendering engine as the desktop version and will include SmartScreen Filter support.

Now some new information and features have come to light, thanks to Mobile Tech World who were able to dig into the new UI of IE10 revealing: 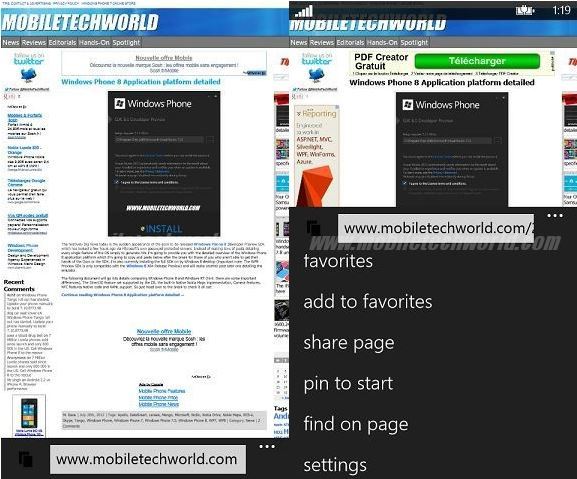 The UI and menu options for a site.

Microsoft hasn't offered a firm release date for Windows Phone 8, but it's likely we'll see it in the Autumn sometime between October and November, when both Windows 8 and Office 2013 retails.

Until then you can check out more screenshots at Mobile Tech World and an earlier article we put together on what we know and don't know about WP8.