Commuting to work is a struggle that is all too real for a lot of people, with rides often taking much longer than we would like them to. Google is aware of that, and today the company announced a series of improvements to the Google Maps app which aim to make your time on the road a little less frustrating. These changes will be rolling out this week to both Android and iOS devices, so it may take some time for them to show up for everyone.

First, the Maps team has added a commute tab to the app, where you can see traffic information for your route to or from work. This includes potential delays related to heavy traffic or accidents, and it'll also suggest alternative routes so you can avoid those inconveniences. What's more, the Android version of the app will even send you real-time notifications when such problems do happen if you're already on the road. 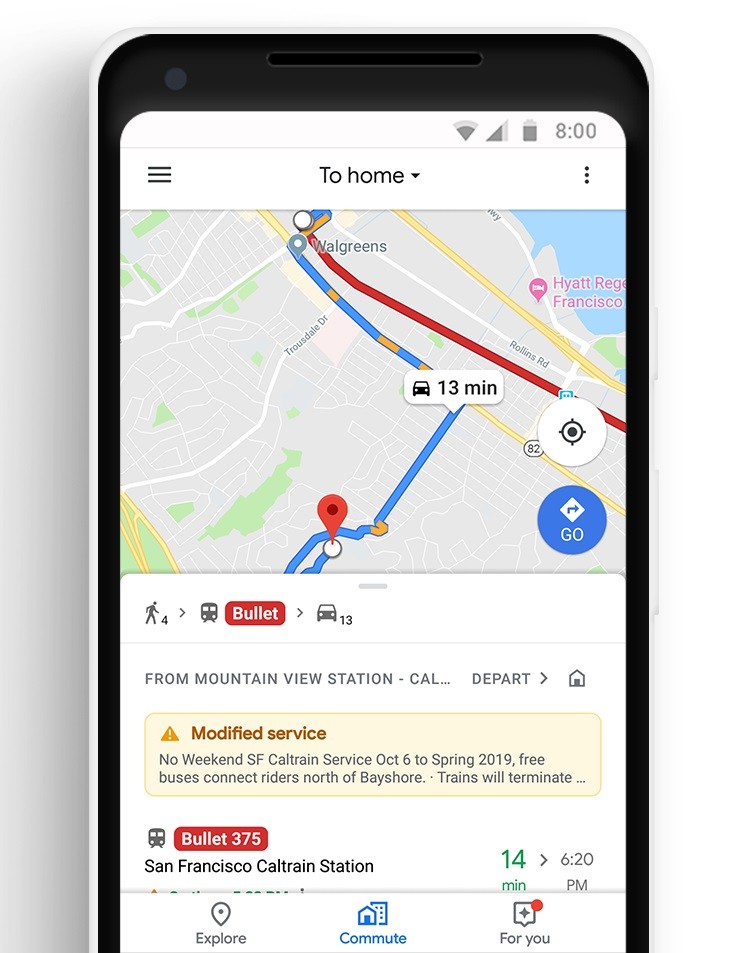 Google is also adding support for "mixed-mode" commutes, for users who use more than one mode of transportation to get to work. With this new feature, the app will be able to give you detailed information about each section of your trip - how long you'll be driving, when the next public transport leaves, or how much you need to walk. With all of these factors combined, you should get a fairly accurate prediction for your arrival time and when you should leave home.

For public transport, there's even more news. Not only does Maps offer up the schedule for each train or bus, but it will also now update in real-time with any delays that happen in the service. This should help users know what to expect from a trip and not be caught by surprise by these incidents.

Lastly, on a slightly different front, it will now be easier to enjoy your commute's soundtrack as you drive using Maps. With Spotify, Apple Music, and Google Play Music built into the navigation interface, you can control what you're listening to without missing a beat (pun intended). Support for other services and apps wasn't mentioned, but these three should already cover the needs of most users seeing as Spotify and Apple Music are the two most popular music streaming services.

This is the second round of updates Google announced for Maps, after it introduced a number of improvements for traveling in groups last week. If you haven't yet, you can download Maps for Apple's platform here. The service is pre-installed on most Android phones, but you can also find it on the Play Store if you need it.