One of the staples in racing games for quite a long time - especially in simulations - has been the ability to customize and tune your favorite car until the absolute best performance could be squeezed out of it. This feature has been a prominent part of the Gran Turismo series for many years, especially in the campaign named 'Gran Turismo Mode'. However, those hardcore fans who have been looking forward to getting their hands dirty might have been disappointed after the latest installment in the franchise lacked - to some extent - these in-depth customization options and a proper career mode. 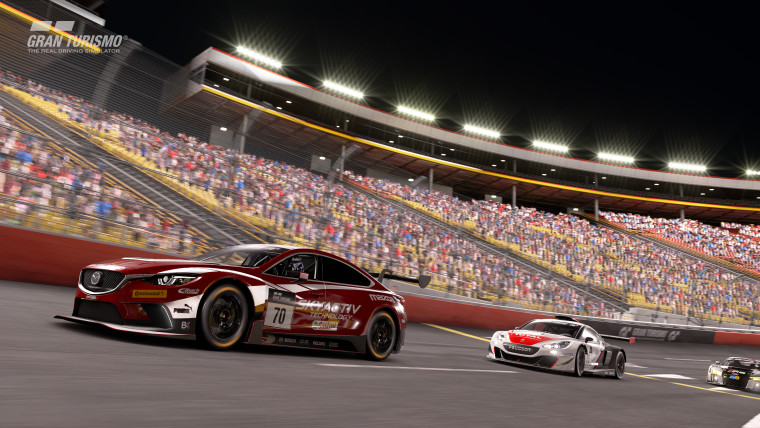 Even though the game's creator, Kazunori Yamauchi mostly denies the fact that it does not include a career mode - pointing to the Mission Challenges in-game - he did point out that due to the fact that the latest generation of gamers do not share the same enthusiasm for cars and how they work or lacked the knowledge, it made the decision to make car customization and tuning more user friendly:

When people are talking about there’s no GT Mode anymore, that’s not quite true. In a narrow sense, the part that was the GT Mode in the past is now called Mission Challenge. It’s single player, there are various different types of races, from the very short to the very long, with different regulations, and you can tune up the cars that you purchased to participate in those races.

Twenty years ago, when we did the first Gran Turismo, people knew what happens when you change an air filter or increased compression ratios do to your car. But the new users don’t have that knowledge anymore because they’re not as interested in the cars, so we’ve simplified [some areas of the game] so you can do the exact same thing you were doing in the past, but it’s more user-friendly for people just getting into cars.

This isn't the first issue that fans of the series have pointed out, with it recently being revealed that most of the game requires the player to be online. Yamauchi did point out that 85% of the game was 'single-player focused' through the Arcade mode, but it still requires a constant connection because the game matches its data to the FIA, the international motorsport regulatory body, to prevent cheating. GT Sport relies heavily on it becoming an e-Sports title, which requires adherence to the strict rules set out by the bodies that regulate the sport.

GT Sport launched exclusively for PlayStation 4 on October 17 and features 162 meticulously detailed cars and a VR-mode for those who own the PlayStation VR headset.