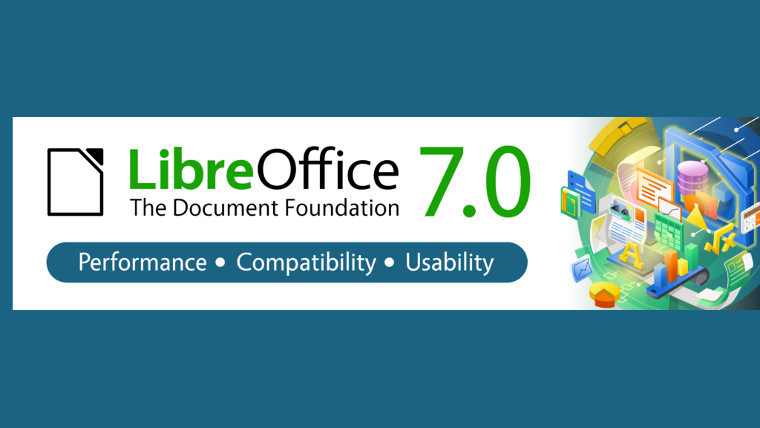 The Document Foundation has announced the availability of LibreOffice 7.0. As you’d expect from a big update such as this, LibreOffice 7.0 comes with several big features worth mentioning. Some of the major features include support for OpenDocument Format 1.3, Skia graphics engine and Vulkan GPU-based acceleration for improved performance, and better support for DOCX, XLSX, and PPTX files.

OpenDocument Format (ODF) 1.3 was recently launched as an OASIS Technical Committee Specification, it includes several new features such as digital signatures for documents and OpenPGP-based encryption of XML documents. The new standard also includes change tracking improvements and additional details in the description of elements in first pages, text, numbers, and charts. With LibreOffice 7.0, users should be able to handle and create documents with this file format without issue.

If you prefer to work with Microsoft’s file formats, LibreOffice 7.0 also handles these better. According to The Document Foundation, DOCX files now save in native 2013/2016/2019 mode instead of 2007 compatibility mode – this move should improve interoperability with multiple versions of Microsoft Office. The new LibreOffice also includes improvements for XLSX and PPTX, improving overall compatibility.

When you upgrade to the new suite, you might notice a performance improvement thanks to the addition of the Skia graphics engine and Vulkan GPU-based acceleration. The Skia graphics engine was added thanks to sponsorship by AMD and is now the default on computers running Windows. Skia is a 2D graphics library that provides APIs that work on different hardware and software platforms. In the context of LibreOffice, it will be used to draw text, shapes, and images.

Despite being stable, The Document Foundation recommends that LibreOffice 7.0 be used by tech enthusiasts, early adopters, and power users. Those focused on productivity are advised to stick to a release that has undergone more testing. The current version it recommends for productivity is LibreOffice 6.4.5. LibreOffice 7.0 is available on Windows 7 SP1+, Apple macOS 10.12 and newer, and Linux.