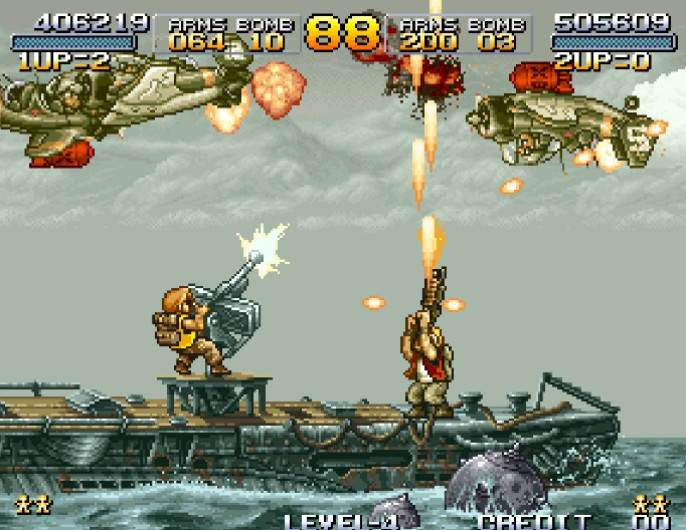 It has almost been a month since the Nintendo Switch made its debut and although there are only a select amount of first party titles like The Legend of Zelda: Breath of the Wild and Snipperclips, the firm has done a pretty good job of making sure that third party titles are arriving to its system. While Metal Slug 3 made its debut earlier in the month, it looks like the original has now finally landed on the console. Metal Slug made its arcade debut nearly a decade ago in 1996. Over the past ten years, the Metal Slug series has spawned several sequels, each offering unique elements with familiar gameplay.

As mentioned previously, the original Metal Slug can now be purchased from the Nintendo eShop. The title will be priced at $7.99, and should be available globally. If this retro title doesn't interest you, you can always dive into the world of golf with Neo Turf Masters or have a go with the other indie titles released this past month.