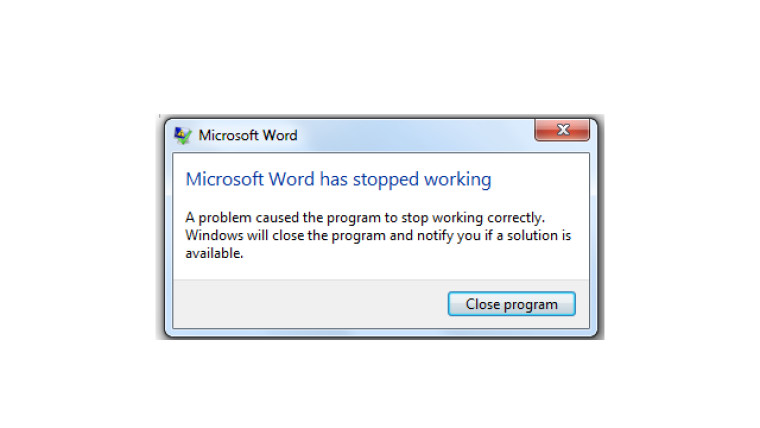 Microsoft has issued multiple fixes related to performance problems and random unexpected crashes on Microsoft 365 Office apps. A patch for the crash issue was released yesterday in which Office version 2205 apps, when trying to work with cloud-based files, would make the app crash. Word, Excel and PowerPoint are all affected. The fix has been implemented in Office version 2206.

Here's how Microsoft describes the issue and its accompanying fix:

Word, Excel, and PowerPoint might close unexpectedly when opening, closing, saving, uploading, or downloading cloud files in Office Version 2205. No errors are displayed when the application suddenly closes.

The problem has been fixed in Office Version 2206 (Build 16.0.15330.20230). The fix is being rolled out to users via an update. You can install the update manually by opening the Office app and selecting File > Account > Update Options > Update Now.

Microsoft has resolved performance issues in Excel 365 that include freezing when switching between worksheets containing filtered PivotTables. In its support document, Microsoft has described this issue and its accompanying fix.

Excel for Microsoft 365 might experience performance problems or stop responding when switching between worksheets of an existing file containing a PivotTable to which a filter has been applied.

The problem is known to affect the following builds of Microsoft 365 Apps:

The fix for this problem is available in the following builds of Microsoft 365 Apps:

The fix is expected to become available in the July 2022 update for the following channels for Office 365 subscription customers:

Microsoft notes that the freezing issue fix will not be available for Office 2021 or Office 2019. As such the company has also provided a workaround.

If a fix is not available for your current version of Excel 365, you can work around the problem by removing the filter from the affected worksheet by selecting File > Home > Sort & Filter > Clear.

Microsoft has also provided a way around the issue using Registry tweak: