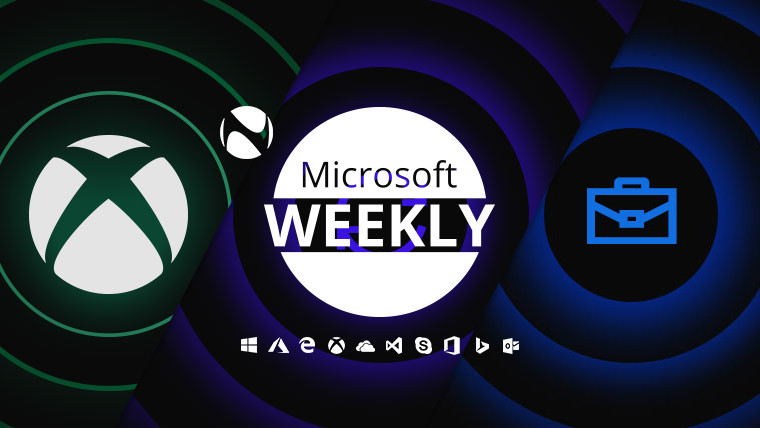 Unlike some other weeks, this past one was full of patches, patches, and even more patches. Sprinkled throughout was also news about updates to business offerings and even more info on Project xCloud. You can find that – as well as the usual little bit extra – below, in your Microsoft digest for the week of September 21-27. 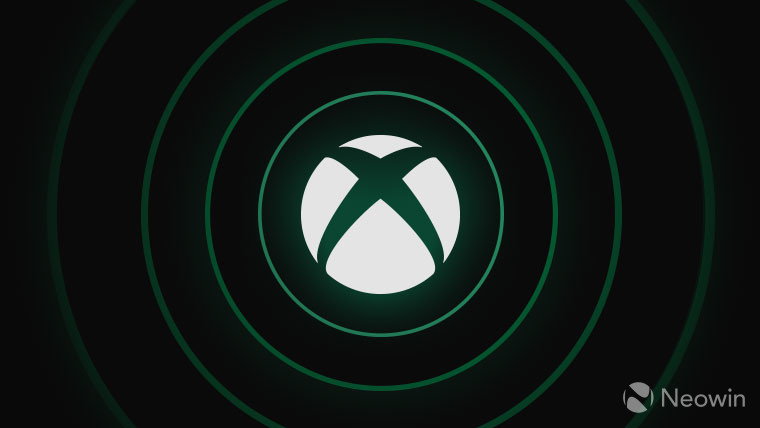 One of the more interesting things to come out of E3 this year was the reveal that Project xCloud, the Redmond giant’s game streaming service, would be available in preview form in October. As promised, more info was shared by the company during its most recent Inside Xbox episode, when it revealed that beta sign-ups are open, and that to be eligible for the technical preview, you’ll need a number of things.

First is a Bluetooth-enabled Xbox Wireless Controller, then an Android phone with version 6.0 or higher, and a 5GHz Wi-Fi connection or mobile network with download speeds of at least 10Mbps. The preview is unfortunately limited, as Microsoft has worked with T-Mobile in the U.S., SK Telecom in South Korea, and Vodafone in the UK to ensure the best game streaming experience. If you’re selected to participate – invites are being sent out in waves -, you’ll be able to test out Gears 5, Sea of Thieves, and Killer Instinct, with more titles available over time.

The other side of the equation, Console Streaming, is also coming, though you’re only able to test your hardware for compatibility at this time. You’ll need to be an Insider in the Alpha or Alpha Skip-Ahead rings, on either build 18363.8060 (1911 development branch), or 18992 from the 2004 development branch. Once you get these builds, head over to Settings > Network settings> Test console streaming.

If you have Game Pass on PC, you can now play DiRT Rally 2.0, Cities: Skylines, Saints Row IV, Bad North, and Bloodstained: Ritual of the Night, all of which have been added recently.

And speaking of releases, the Cities: Skylines' Campus expansion is available for both Xbox One and PS4, as will Civilization VI come November 22. Additionally, the Flight Simulator Feature Discovery Series has been unveiled, complete with an updated roadmap, while Moon Studios’ Ori and the Blind Forest: Definitive Edition has made its way to the Nintendo Switch.

Last but not least, two new bundles have been announced. The first one packages an Xbox Wireless Controller, one month of Live Gold and Game Pass, plus Forza Horizon 4 and its LEGO Speed Champions expansion with either an Xbox One S for $299 or an Xbox One X for $499. The second involves Respawn Entertainment’s upcoming Star Wars Jedi: Fallen Order, the Deluxe Edition of which you’ll be able to get with the Xbox One S for $299 or Xbox One X for $499, in addition to the standard controller, one month subscriptions of Live Gold, Game Pass for Console, and EA Access. Microsoft is also including Star Wars Knights of the Old Republic and its sequel, The Sith Lords, as pre-order bonuses before Fallen Order’s November 15 debut – which is when these bundles will start shipping. There’s also a separate Limited Edition Purge Trooper controller and charging stand made by Controller Gear which will be available for pre-order on October 4. 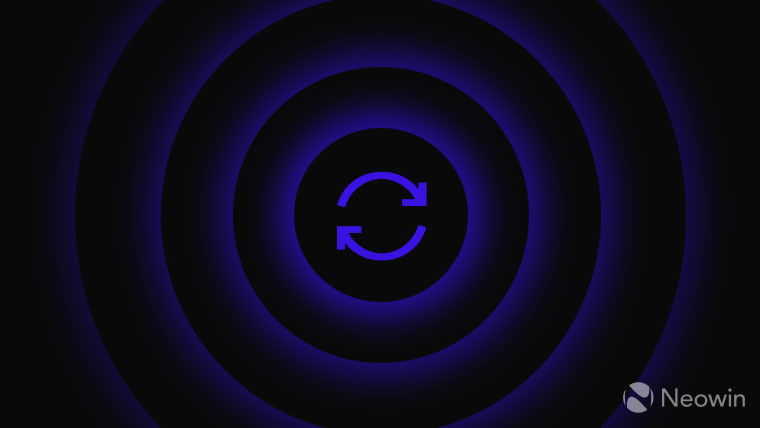 Despite it not being Patch Tuesday, Microsoft was quite happy to push out a number of updates to Windows 10’s various variants. The first one was a fix for a remote code execution vulnerability in the way IE’s scripting engine handles objects in memory. The relevant knowledge base articles and builds are as follows:

But that wasn’t the full extent of updates, as a day later Microsoft released another set of cumulative updates, this time with lots of general fixes. Said updates are:

And of course, there was yet another patch pushed out later in the week, this time only for the May 2019 Update:

Keep in mind that all of the updates above are optional, meaning they won’t install automatically.

It’s also worth noting that issues with the Start Menu and desktop search reported a couple of weeks ago are marked as solved by Microsoft. This is due to the company being unable to find the problems that have been reported. All of this is just as well since the Redmond giant has marked 1903 (the May 2019 Update) as ready for broad deployment, which should increase the 45.5% share it has currently.

Another bit of news concerning Windows 10 is its install base, about which the company shared some info this week. The operating system as a whole, covering Xbox Ones, PCs, phones, HoloLens, Surface Hubs, IoT devices, and everything else, is now boasting a 900 million plus set of users.

Of these hundreds of millions, a small part is made up of Insiders, which received a number of builds to play around with.

First up is the Fast ring, which received build 18990 of the 20H1 branch, complete with the ability to automatically restart UWP apps (off by default) if your system reboots for updates, improvements to WSL, and an enhanced Xbox Game Bar. Fixes in this build revolve around a number of UI and Narrator reliability updates.

Then there was build 18363.385 of the 19H2 branch, pushed to the Release Preview ring, complete with all the new 19H2 features like the ability to create a new event from the Calendar flyout on the Taskbar, notification settings, and more. This was swiftly followed the next day by build 18362.10022 in the Slow ring, which contains the same fixes as this month’s Patch Tuesday updates for the May 2019 Update.

Last but not least, the Release Preview ring got yet another build, namely 18363.387. As you may remember, Microsoft briefly split both the Slow and Release Preview rings so that certain folks would get the new features and others would not. The company then changed its mind and made the rings whole once more, though that left two separate tracks to deal with. As such, those in Release Preview that got 19H1 builds (in the 18362.xxxx format) and those who got 19H2 builds (in the 18363.xxxx format) have now been moved to the same build mentioned above.

Also released this week was a new preview version (namely preview 1909) of Windows Terminal which brought in the new Cascadia Code font, a settings schema, autofill suggestions when editing the profiles.json file, and text selection support via stylus.

And last but not least, Server vNext preview build 18985 was pushed out this week too, sporting the same known issue relating to App Compatibility FOD. As usual, no new features were listed, but this is to be expected, since we’re talking about the 20H1 branch. 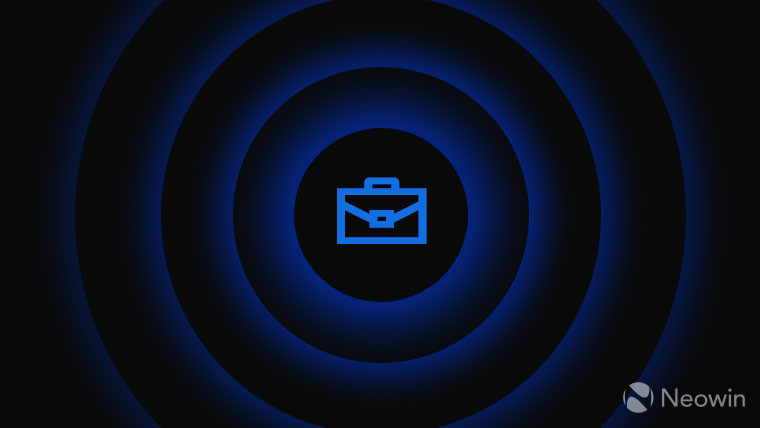 The business side of Microsoft’s offerings continues to get attention, as is to be expected, with the company unveiling a number of new Dynamics 365 products centered on insights. Product Insights, Commerce, and Connected Store all take advantage of Azure AI, a set of artificial intelligence services including Machine Learning, Cognitive Services, Bot Service, and Search. Power BI, Powerapps, and Flow will also be benefiting from Azure AI, though more info will be shared during the upcoming Business Applications Virtual Launch Event on October 10.

Continuing on the subject of business, Dynamics Fraud Protection is set to become generally available next week, and the Microsoft 365 updates for the month of September have brought in an AI-powered Presenter Coach for PowerPoint on the web, 23 new education-oriented 3D models and 10 new lesson plans, as well as templates for the Whiteboard app, available in public preview on Windows 10 right now, and soon on iOS.

Power BI’s template apps now have the ability (in preview) to update while preserving the connection configuration – available to pro and premium users and for apps downloaded via AppSource. In related news, Power BI Report Server’s September update has ushered in enhancements to reporting like visual level filters for slicers, colour and text classes for themes, performance improvements, custom format strings for analytics, the ability to copy to clipboard from data profiling and much, much more.

Azure Storage Explorer has also gotten an update, bumping it to version 1.10.0, which added VM disk management. Users can more easily migrate VMs from on-premises to the cloud, as well as recover them via the service’s built-in backup and restore capabilities. 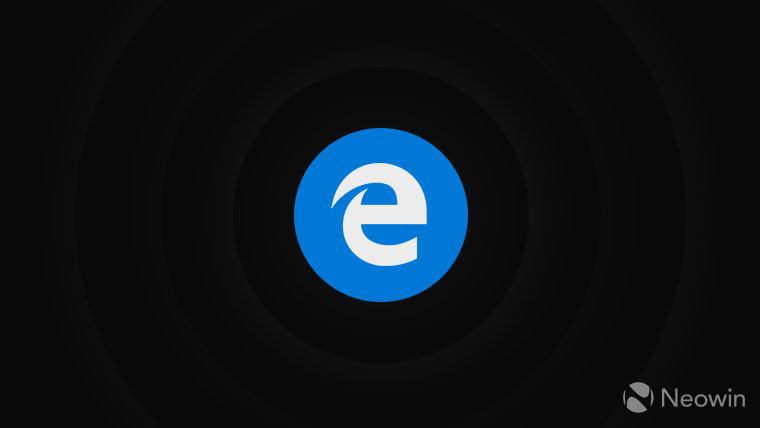 We round things off with a bit of Edge news and some leaked info ahead of Microsoft’s October 2 hardware event.

As was obvious from the release of the Canary build from a few days ago, this week’s Edge Dev build is based on Chromium 79. It brings in fixes for the Application Guard sessions failing, and the crashes resulting from Netflix’s DRM protection. Furthermore, there’s now a keyboard shortcut for muting tabs on macOS, a static certificate pinning feature, and support for hyphenated words when performing single-word intranet searches.

For its part, Edge Beta has gotten an update too, its first one since the official unveiling in the second half of August. This one brings it to build number 78.0.276.8 – up from 77.0.235.9 -, and ushers in improvements to dark theme support, password syncing, and tracking prevention.

The last bit of Edge news concerns the Linux variant, which Microsoft confirmed it was evaluating back in May. Now, the company has taken another step towards bringing the browser over by creating a survey which it encourages developers to fill in. This is done in order for the firm to flesh out the different requirements of the platform, such as preferred method of installation.

Capping off this section, and indeed this week’s column, is a pretty hefty leak concerning Microsoft’s soon to be unveiled Surface refresh, scheduled for October 2 at 10AM ET.

First up is the Surface 7 (non-Pro), which will be “almost borderless”, though the bottom and top bezels will be a tad larger. There’s no USB Type-A port, and it comes with 4G LTE. Of all the models present, this would be the most likely candidate for Snapdragon’s 8cx chip.

The Intel-based Surface Pro 7 won’t see much of a design change besides the swapping of its Mini DisplayPort… port for USB Type-C.

The Surface Laptop 3 though will get quite a few upgrades, including AMD-based models, a 15-inch variant, two USB Type-C ports, and possibly the removal of the Alcantara fabric on the palm rest.

As per the leak, there will also be three new colours, Yellow Sandstone, Glacier Blue, and Red Poppy, but it’s currently unclear whether these are for the Type Covers, Surface Laptops, or both.