It's a new day and, with that, a new daily deal from Microsoft has been revealed. Yesterday's deal saw significant savings on a number of Windows Mixed Reality headsets, ideal if you were looking to pick up some hardware at a good price as a gift for someone or for yourself.

Day nine of the company's 12 Days of Deals shifts the focus back towards Microsoft's own hardware with a fairly straightforward deal in the form of $200 off the range of non-cellular-enabled Surface Pro models, including the top end model with an Intel Core i7 seventh-generation CPU, 1TB SSD, and 16GB RAM.

Unfortunately, if you were looking to get your hands on the Surface Pro LTE, it looks like you're out of luck this time around with only the non-cellular Surface Pro available at discounted prices. 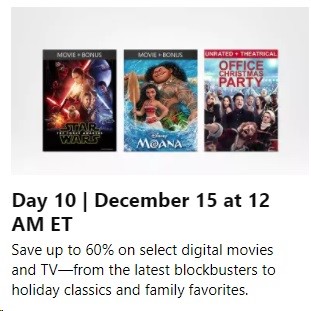 Otherwise, if you're more interested in content than hardware, Microsoft has teased its deal for tomorrow in the form of 60% off selected digital movies and TV shows.