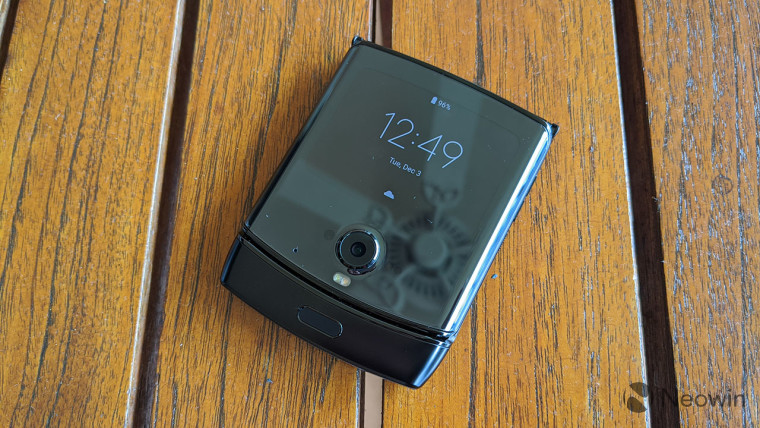 Motorola today announced the pre-order and release date of its foldable phone, the Motorola Razr. Announced in November last year, the Razr was supposed to go on sale in January before Motorola decided to delay its release due to high demand.

The Motorola Razr will be available for pre-order starting January 26 and hit the stores on February 6. It will carry a retail price tag of $1,499. The foldable device's pre-orders will be available through Verizon, Walmart, and Motorola's website.

The device was initially supposed to go on pre-order towards the end of December and then launch in the U.S. on January 9, 2020.

The Motorola Razr has the same iconic clamshell design as the original Razr. Flip open the Razr and you will be greeted with a 6.2-inch foldable pOLED "Flex View" display. At the front, there is a 2.7-inch "Quick View" display that can be used for viewing notifications or accessing Google Assistant. Motorola has also developed a zero-gap hinge to protect the fragile plastic layer on top of the foldable display and keep it free from creases. The Razr packs a Snapdragon 710 chip along with 6GB RAM and 128GB storage. It is powered by a 2510mAh battery with 18W fast charging support.

The launch timeframe means the Motorola Razr will go on sale just before Samsung announces its second foldable device, the Galaxy Z Flip, at its Unpacked event on February 11th.