A MacRumors forum user who got his Nehalem Mac Pro has shared his experiences unboxing the new beast and benchmarked the system's memory and processor performance in GeekBench Result Browser. Below is the system configuration of the "Nehalem" Mac Pro he got. 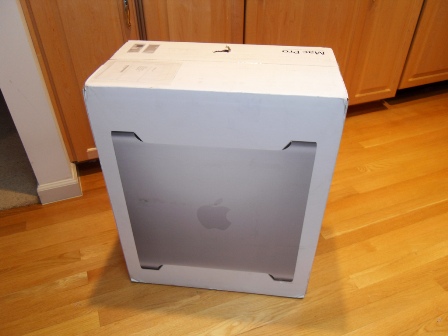 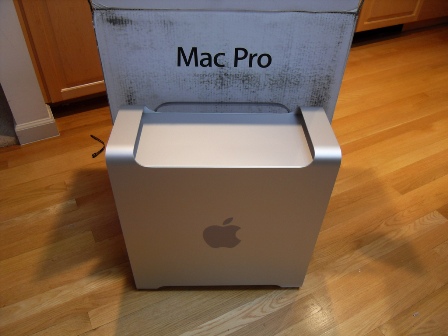 The Geekbench benchmark for the 2.93GHz, dual Quad-Core Nehalem system gave a total score of 17,665, giving it the second place in the list of all GeekBench 2 scores. Multi-threaded functions and memory performance contribute to the highest gains in the scores of the new system. The 3.2GHz 8-core Mac Pro has got a score of 11,030 with many results in the 9,000 range. The multi-core performance of the new 2.93GHz processor has significantly outpaced the previous generation machines. 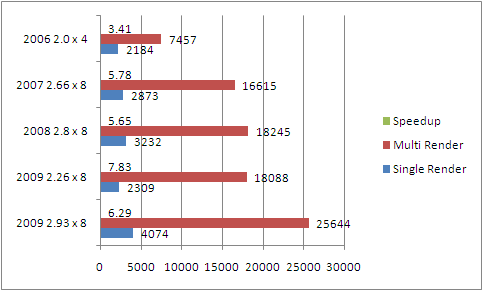 Based on the Mac performance benchmark results, Macrumors concludes that it makes more sense to buy a faster Quad-Core than a slower Octo-Core.

For more unboxing pictures posted by the user, visit here. You can also see Apple's performance charts for Mac Pro's and GeekBench's Mac Performance Chart to know all the Mac performance benchmarks as of February 2009.