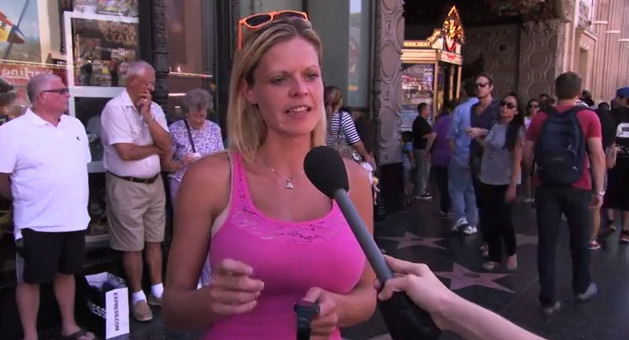 For the past year or so, it has been rumored that Apple is developing some type of wearable that may see the light of day by the end of 2014. While some have dubbed it the iWatch, an unearthed patent shows that it might eventually be called iTime. Although not much is known about the device, many speculate that it will focus on fitness and health.

Naturally, it was only a matter of time before someone would hit the streets to find out what people actually think about Apple's upcoming wearable device. Unfortunately for them, Jimmy Kimmel, host of his own late night show, decided to send a correspondent out to the streets to get their opinions -- on a fake iWatch. Of course, since the device doesn't exist yet, Kimmel created the wearable by placing an Apple sticker on a Casio digital watch. The results were somewhat comical.

The presenter even points out some of the more “innovative” features of the watch, like its capability to persistently show the date and the time. The presenter also points to the watches ability to display the hours, minutes, seconds and other common features of a digital watch. Naturally, the watch handlers are impressed with the "new" device, praising Apple's latest product.

It's always funny to see people go along with what is being presented and taking it as fact. But as we inch closer to the rumored release, Apple can only hope to get such positive reactions with its wearable device. As a latecomer, Apple will be facing competition from a wide variety of competitors.

Currently, most wearable devices are failing to capture the mass market, still being regarded as a niche device. But as Apple has done so many times in the past, maybe they will finally be able to introduce a wearable that will redefine the genre and gain global acceptance.