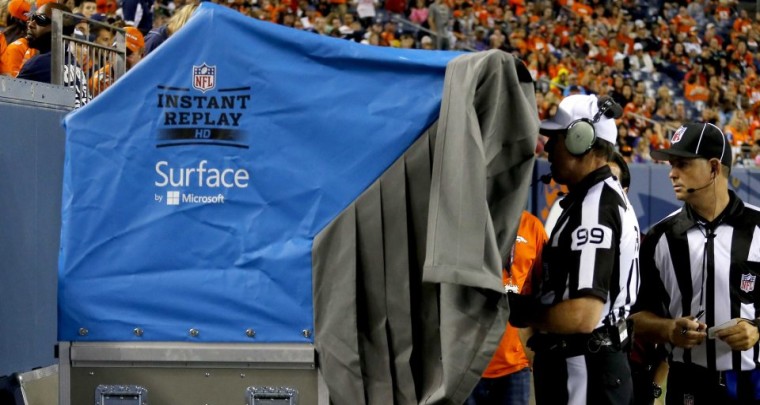 Sounds pretty great right? Unfortunately for Microsoft, on at least two separate occasions, the announcers mistakenly referred to the Surface as an "iPad," giving unexpected advertising for Apple.

One of the bigger instances where this happened was on Monday during a nationally televised game: the announcer referred to the Surface as an iPad multiple times as Cardinals coach Tom Moore was shown on screen using the tablet. In another incident, the announcer appeared to have forgotten the name of the Surface and referred to it as an "iPad-like tool."

This is probably not something Microsoft is happy about, as the almost half-a-billion dollars spent on this advertising deal is not only not providing the benefits expected, but it is also giving coverage to their largest competitor instead.

What this does show however is the general user's unfamiliarity with different tablets, and shows Apple's dominance over marketing. Joining the likes of Band-Aid, Bubble Wrap, "Google" and Frisbee, it appears that the 'iPad' name has become the household standard for "tablet." This does however pose challenges for Apple down the road: if this trend continues and Apple shows no attempt at preventing it from happening, the trademark might become  genericized.