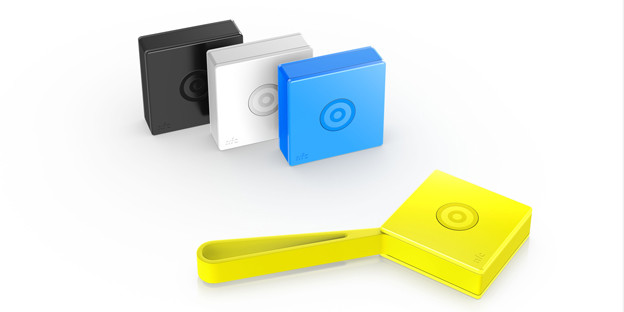 Way back in July 2013, rumors first hit the Internet that Nokia was developing a smartphone location tracing product called Treasure Tag. Today, the company finally made the official announcement about the tracking product, which will first support its Windows Phone Lumia smartphones.

In a post on Nokia's blog, it states that the matchbox-sized Treasure Tag uses either NFC or Bluetooth to connect to a Lumia device. If a person then leaves a location without having both products, a loud tone from the tag and the phone will begin, which in theory should allow owners to find one or the other quickly. If you miss the tone and can't fine the Treasure Tag, the Lumia will also be able to find it via a map on a special Windows Phone app.

Up to four Treasure Tags can be connected to one Lumia, in case you want one for your car keys, another for a purse or bag, and so on; there's a choice of colors including cyan, yellow, white and black.

While Treasure Tag will support smartphones that have the Lumia Black update installed, Nokia said that third party apps are in the works that will add iOS and Android devices as well. The tags will be released globally in April for about $29.90 in the US or €24,90 in Europe.