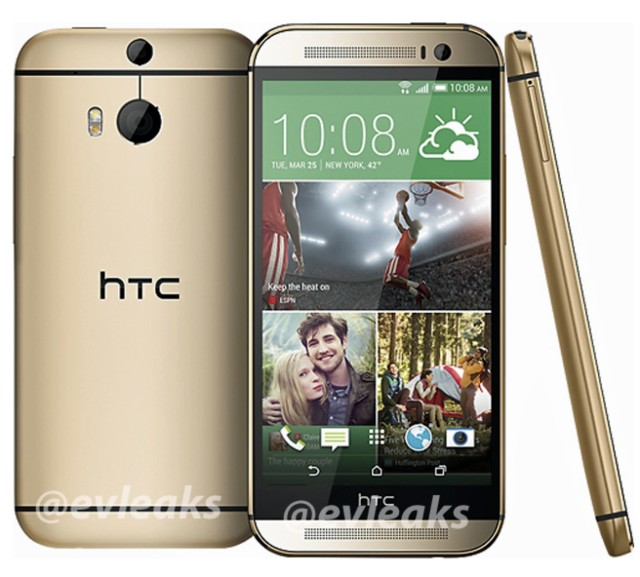 Later this quarter, HTC will be announcing the successor to the HTC One. But, if you don’t feel like waiting, a press shot of the device has leaked and is posted above for your viewing pleasure.

The phone resembles the existing HTC One in nearly every aspect but the dual cameras on the back offers up a new feature that has yet to make its way to a mainstream device.

Currently, it is expected that the device will have a 5in screen, a ‘high end’ Snapdragon CPU and of course, the dual cameras on the rear of the device.

Why would you want dual cameras on the back of the device? Well, we aren’t exactly sure but we would bet that HTC has some reasons tucked away in a slideshow that will be revealed in March.

The device is clearly clad in a gold color but we would bet that there are other color options, such as silver, in the pipeline too.

With about a month to go until the reveal, we will likely learn even more about this device through unofficial channels, as press images are generally the tip of the iceberg before the specs leak.