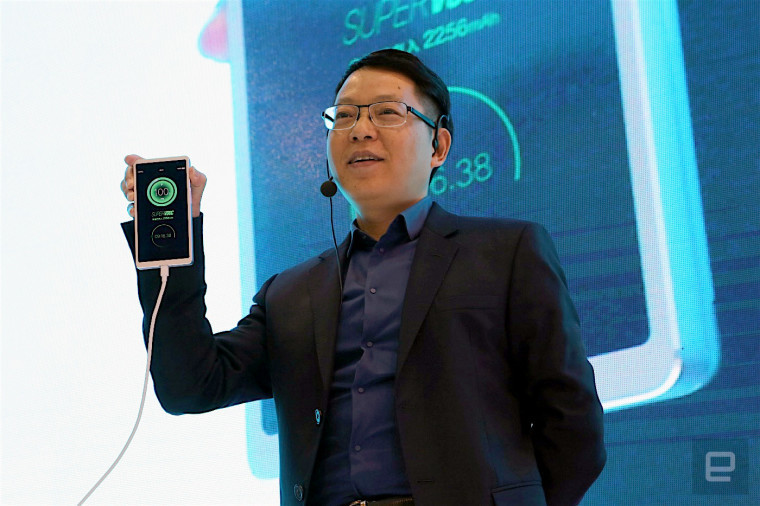 While we've seen a number of innovations in battery technology in recent years, many of these are not feasible on a large scale or still years away from being commercially available. One of the most interesting advances in the area, then, is fast-charging, vis a vis Qualcomm's QuickCharge. While Qualcomm's tech may be better known than most, it may no longer be the best. Oppo, a Chinese company, just took fast-charging and gave it steroids, promising a full charge in 15 minutes!

Oppo has been working on its own spin of the quick-charging technology for quite some time now and its latest revision, dubbed SuperVOOC, unveiled at Mobile World Congress this week, promises to be not only Oppo's best work, but also the best in the industry. Compatible with both USB 3.0 and MicroUSB, SuperVOOC can charge a 2,500 mAh battery within 15 minutes - for some devices, it works even quicker than that. That is a huge boost compared to the next-best alternative, Qualcomm's QuickCharge 3.0, which can go up to an 80% charge in 35 minutes.

Alongside software enhancements that allow Oppo to carefully modulate how the phone is charged, the company achieves the incredible feat of allowing you to get away with not charging your phone the night before by taking an Apple-esque approach to battery tech, whereby they control all the components and software involved.

The new tech will be, however, be exclusive to Oppo's own products and become available alongside its new devices.