The software company Parallels has offered up its Parallels Desktop software for Mac owners for some time, allowing those users to run full versions of Windows on Mac OS X. Today, Parallels announced their newest version, Parallels Desktop 9 for Mac, and it has some interesting features made especially for Windows 8 and the upcoming Windows 8.1. 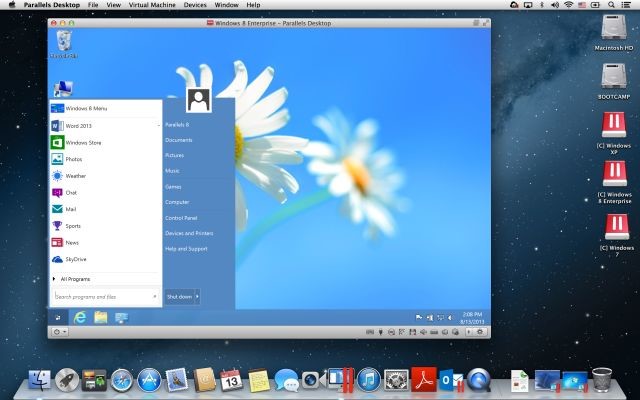 Parallels' press release states that Parallels Desktop 9 for Mac adds their own version of a Start menu to the desktop interface of Windows 8/8.1, something which has proven to be a pretty popular utility from other third party software makers. 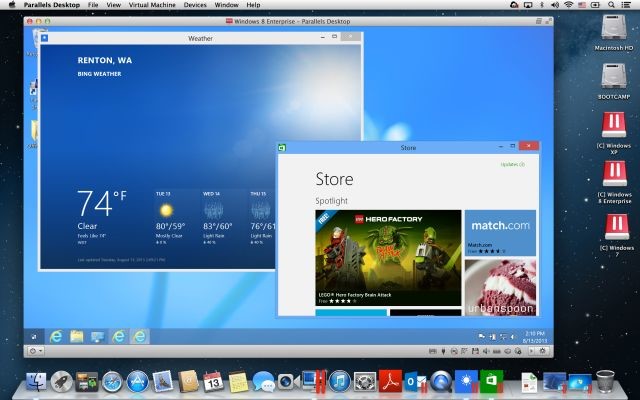 Parallels Desktop 9 also allows Modern apps for Windows 8 to be run in a window on a Mac, which again has been offered by at least one third party company, Stardock, in their ModernMix application that runs natively on Windows 8 PCs.

Other new features in Parallels Desktop 9 include support for syncing up to cloud services like iCloud, Dropbox, Google Drive, and SkyDrive, along with improvements to the Virtual Machine Wizard and more.

People who currently own Parallels Desktop 8 can upgrade to the new version right now for $49.99. The stand alone version of Parallels Desktop 9 will go on sale on September 5th for $79.99, with the Student Edition priced at $39.99. In addition, buyers will get a free six month subscription to Parallels Access for the iPad, the remote desktop program that was launched earlier this week.