Last week at Gamescom, Microsoft announced that all of launch versions of the upcoming Xbox One consoles sold in Europe would come with a free digital download copy of FIFA 14. It was seen by many as a way to add some value to Microsoft's product, which at the moment is priced 100 euros more than Sony's upcoming rival console, the PlayStation 4. 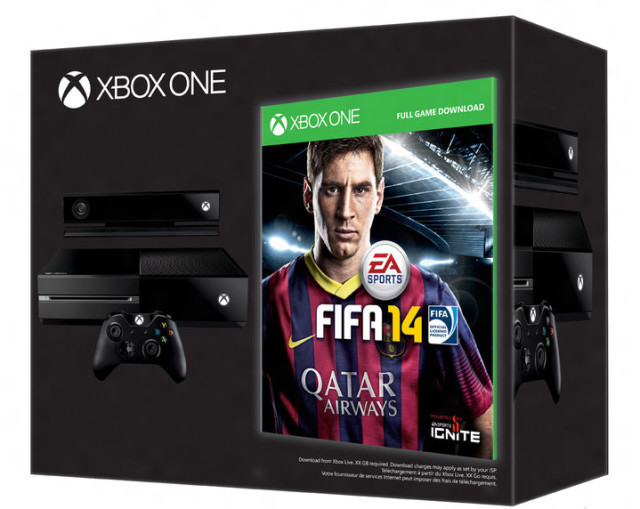 But if Europeans thought that Sony was going to add their own free game in with the PS4 in time for its launch, they will likely be disappointed. In an interview with the UK-based Metro website, the head of Sony's PlayStation division in Europe, Jim Ryan, hinted that Microsoft made such a move to boost lagging pre-order sales for the Xbox One.

It’s perfectly rational when a platform holder, or indeed a publisher, runs a pre-order campaign to engage in promotional behaviour to dial it up if you feel it’s not where you need it to be. That’s a rational thing for any businessman to do. We’re perfectly happy with where our pre-order are.

Ryan added that, in his opinion, giving away a major game like FIFA 14 with the launch of the Xbox One is "kind of odd". So far, Microsoft has not announced a similar free game deal for the US Xbox One launch.

On the subject of the PS4, Ryan said that Sony didn't know yet how many units of the console they would have ready for its launch. Sony announced last week that the PS4 would be released on November 15th in the US and November 29th in Europe and that the company had already received over one million pre-orders for the console.