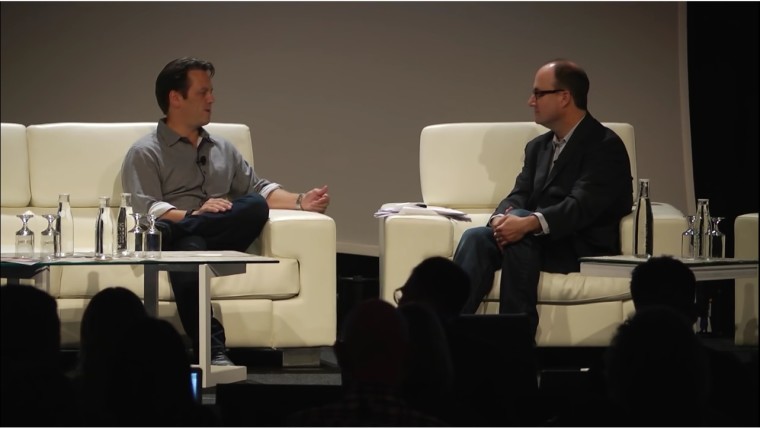 Ever since Phil Spencer took over as the head of Xbox for Microsoft, the Xbox One has improved in overall sales performance. While Spencer has been good about including the Xbox community when working to improve the Xbox One and building momentum for the platform, the console still trails considerably behind Sony's PS4 and Spencer isn't sure Xbox can close the gap.

In an interview at the GeekWire Summit (see video below), Spencer took almost half an hour to talk about where Xbox has been and where it is going. One of the the primary talking points of the past was the initial launch fiasco, where Spencer candidly talks about how Microsoft was making a console for themselves, not the gaming community, and it lead to a lot of aggression from Xbox's loyal fan-base.

Around the twelve minute mark, things get interesting with a more pointed question posed for Spencer. When asked if the Xbox One can beat Sony's PS4, Spencer responds with: "I don't know. The length of the generation... they [Sony] have a huge lead and they have a good product". It's clear that Spencer and the team supporting the Xbox One are not living in a fantasy world where a ten million unit sales gap is an easy thing to fix.

Spencer drives home the fact that Xbox cannot win without quality games, not just cool console bundles. Spencer repeatedly touches on games like Halo 5 and Minecraft and how they are crucial for Xbox One growth and an active user base. Microsoft will need to leverage every advantage it has by the end of the year since the PS4 is matching the $349 price point of the Xbox One in the U.S. going into the holiday season. Whether or not the Xbox One is #1 on the charts, any growth of the brand during its reign will be looked at as a success by Microsoft.