It has been only five months since the debut of the Realme 3, and its manufacturer is out today with a new generation of budget phones succeeding that model. The Realme 5 and 5 Pro have been announced in India today, equipped with a quad-camera setup on the back and with prices that don't break the bank.

The Realme 5 is, of course, the cheaper model in the new series. It sports a 6.5-inch display with a waterdrop notch and a 720x1600 resolution. Under the hood, it's powered by an 11nm-based Snapdragon 665 SoC with Kryo 260 CPU and Vulkan 1.1, claimed to be capable of achieving a 20% power saving.

Round the back, the Realme 5 has a 12MP main camera complemented by three more lenses for wide-angle, macro, and portrait shots. For video recording, it can shoot at either 1080p or 4K with a frame rate of 30fps. On the front sits a 16MP selfie snapper.

The phone has a massive battery of 5,000mAh, enough to keep it running for more than a day. The battery also supports VOOC 3.0 fast charging through a USB Type-C port. The Realme 5 comes in Crystal Blue and Crystal Purple color variants with a crystal design on its back. 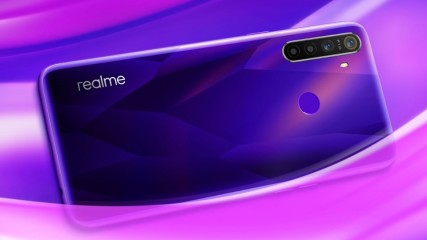 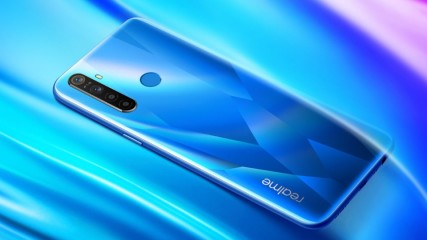 Like its non-Pro sibling, the Realme 5 Pro boasts a quad camera, but with bigger sensor sizes. Its main camera has a 48MP sensor coupled with an 8MP wide-angle shooter, 2MP portrait camera, and 2MP macro camera. It has a 16MP front camera as well, featuring the Sony IMX471 sensor.

The Realme 5 Pro has a smaller battery, however: a 4,035mAh unit which also supports VOOC 3.0 fast charging via a USB type-C port. The phone is available in Sparkling Blue and Crystal Green variants with the same crystal design. 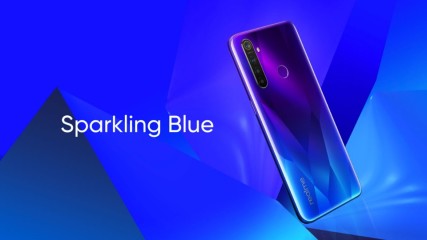 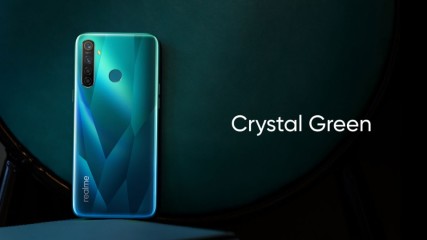 Both models run Android 9.0 Pie with ColorOS 6.0 on top. The handsets will go on sale on September 4 via Flipkart and Realme India's online storefront.