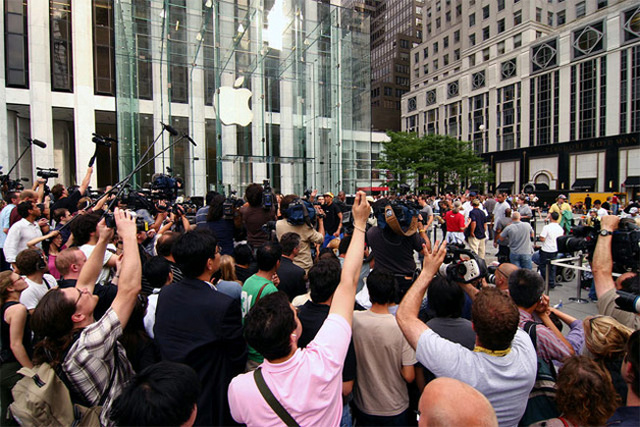 With Apple’s iPhone 5 rumoured to be just around the corner, researchers have found that anticipation for the smartphone is higher than its high selling predecessor, the iPhone 4.

BGR reports that research done by RBC Capital Markets shows that in a survey of 2200 people, 31% responded that they were practically certain they were going to buy an iPhone 5 - an increase on the 25% that said they were likely to buy the iPhone 4 last year. Mike Abramsky, the analyst in charge of research also found that a monstrous 66% of current iPhone 4 users plan to upgrade to the newer generation model, despite not knowing any specifics about the new handset.

RBC has previously predicted how many units they believed Apple would ship of the iPhone 5, however in light of the new research, Abramsky said that they have now revised their predictions accordingly, changing from an estimated 24.4 million units to a bigger 27 million in the first-quarter. Within 2012 its thought Apple will ship a predicted 110 million new generation iPhones – a figure that will likely be helpful to new CEO Tim Cook in gaining new supporters.

Despite high demand, the survey shows that the majority of consumers would not change their carrier in order to get a specific phone, in this case the iPhone 5. 54% of polled Sprint customers said that they would likely buy the iPhone 5 if it came to the carrier. Similarly, 53% of T-mobile customers said the exact same thing which could be good news for Apple as rumours suggest that the iPhone 5 will be available on both carriers upon release.