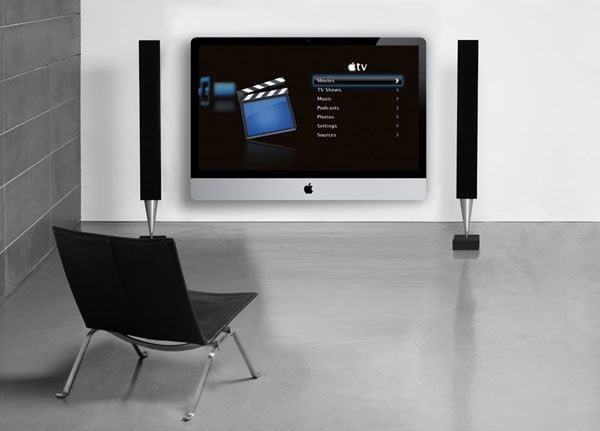 Could Apple's rumoured TV be entirely made up of Samsung and LG parts?

Advanced Research Japan claim Samsung could provide parts for Apple’s proposed 65-inch TV. Analyst Masahiko Ishino says Samsung is likely to make graphic processing units for the units which could cost up to US $2,500.

Samsung is not the only company that could contribute to the device. LG is tipped to supply more than 70 percent of the liquid crystal displays, while Corning’s Gorilla Glass 3 is expected to be used as a cover. Unsurprisingly, Ishino also predicts controversial technology group Foxconn is expected to assemble the TV’s at the China plant.

The proposed 65 inch TV is expected to hit the shelves fourth quarter of next year after years of seemingly endless speculation. Rumors of the TV began after Apple co-founder Steve Jobs claimed he “finally cracked” how to build a TV with user interface that would wirelessly synchronize content with other Apple products.

CNET reports the speculation reignited recently when CEO Tim Cook announced TV is currently an area of “intense focus” for Apple as it seeks to add products that are compatible with Macs, iPhones and iPads. The Cupertino-based company hopes it can build on its success with the release of the 65-inch TV. The company introduced the iPhone 5s and 5c last month, selling more than 9 million devices in the opening weekend.