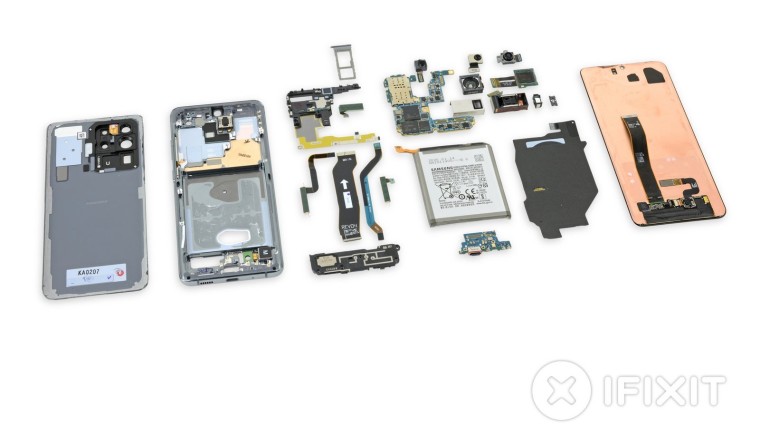 The iFixit team has posted a teardown of Samsung's $1,400 Galaxy S20 Ultra which packs a massive 108MP camera. The teardown reveals all the innards of the S20 Ultra including the 'Space Zoom' periscope camera. Before talking about the teardown though, the huge camera hump of the Galaxy S20 Ultra has been the talk of the town. But exactly how big is it? Below is a photo from iFixit that compares the camera bump of the S20 Ultra to that of the iPhone 11 Pro and the Galaxy Note10+. 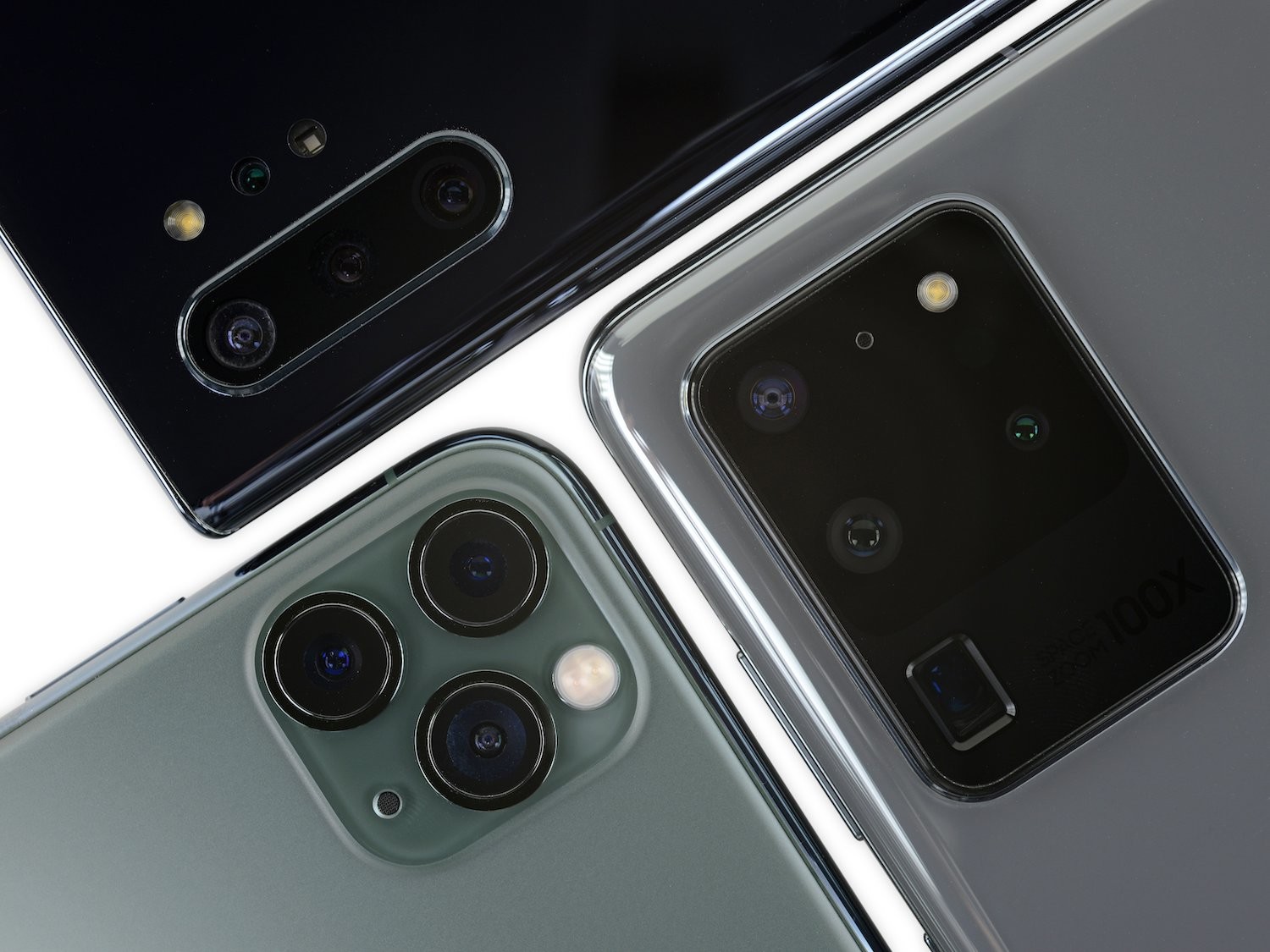 The camera bump is massive due to the size of the camera sensors. The 108MP camera sensor on the Galaxy S20 Ultra is almost twice as big as the 12MP primary shooter on the iPhone 11 Pro. The teardown also gives a look at the periscope camera of the device. The module has been placed vertically inside the Galaxy S20 Ultra to make it fit inside an 8.8mm thick phone. The periscope module itself is optically stabilized and packs a zoom lens to offer 4x optical zoom. Samsung is then able to use a combination of digital zoom and sensor cropping to offer 100X Space Zoom on the S20 Ultra.

From an engineering viewpoint, it is impressive just how many chips Samsung has been able to stuff inside the S20 Ultra and still make space for a 5,000mAh battery. Despite the impressive innards though, the Galaxy S20 Ultra gets a repairability score of 3 out of 10 from iFixit. It notes that while the device packs many modular components, it is not easy to access the internals as one has to pry open the fragile rear glass. Replacing the battery has also become difficult as there are a lot of interconnect cables to work around.