It is time for another Sea of Thieves Adventure, with Rare today publishing its tenth limited-time questline of this year for pirate crews to embark on. The Rogue's Legacy is the latest chapter, which sets players on a journey to break a curse afflicting a Tavern Keeper. This quest is the first of the three that's planned for Season 8, which kicked off last month with a major focus on PVP ship combat.

Tasha the Tavern Keeper is who that needs helping this time, who has managed to get cursed by an old keepsake left behind by the late Captain Briggsy. Crews can help the poor NPC before she turns into a skeleton by lifting her curse.

Crews can begin the Adventure by talking to Larinna outside of any Tavern, which will set players on a multi-step treasure hunt in The Wilds region. Rare has also prepared another lore blog post to catch up any pirates on what has happened in the Sea of Thieves during all the past Adventures if they are jumping in blind. 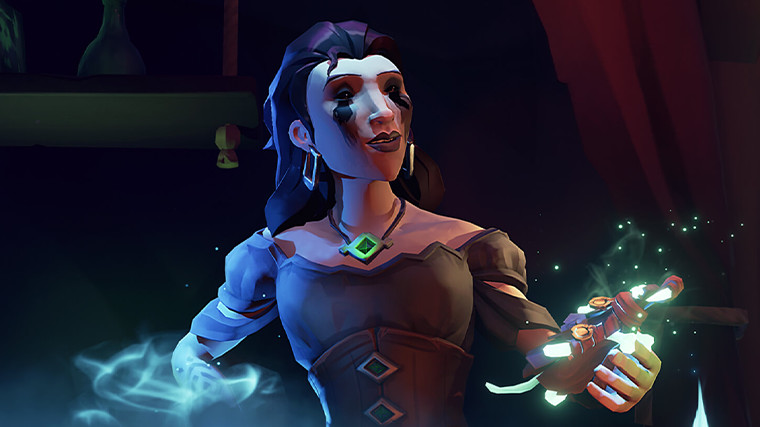 Sea of Thieves - The Rogue's Legacy Adventure has just gone live across Xbox consoles and PC, and completing it before the end date, December 22, grants players an exclusive cosmetic reward plus a pirate title to match.

It is accompanied by a small update as well, and this one carries a faction progress balancing change to make the Level 1000 reward a little harder to get. Find the full patch notes here, which goes to detail on fixed issues and what problems Rare is still resolving.