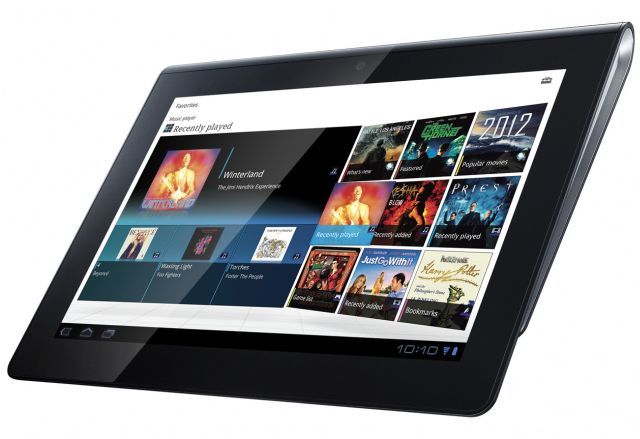 In just a few weeks Sony will launch its first products in the already crowded tablet market. The company announced today that the Sony Tablet S will go on sale sometime in September. The two versions of the tablet, both of which run on Google's Android 3.1 operating system, will be priced at $499 for the 16 GB version and $599 for the 32 GB version. The Sony Tablet S will weigh 1.33 pounds and has a 9.4 touch screen. Inside the tablet is NVIDIA's Tegra 2 dual core processor with speeds of 1 Ghz and 1 GB of memory. It contains a 5 megapixel rear camera, a front facing camera, a USB port, an SD card slot, WiFi, and Bluetooth.

Sony will also offer its own special applications for the Sony Tablet S, including Video Unlimited where users can download movies for rent or own. Tablet owners will get one free movie download with the purchase of the device. In October, Sony will launch Music Unlimited which will give tablet owners access to 10 million songs and six free months of access to that service. The tablets will also be able to download and play a selection of original Playstation 1 console games.

Sony also revealed today that its dual screen tablet announced earlier this year will now go by the name the Sony Tablet P. The two 5.5 inch screens fold up and allow the .83 pound tablet to be carried in a pocket. The tablet will have NVIDIA's Tegra 2 processor inside and will run on Android 3.2 when it is released. The Sony Tablet P will support AT&T's wireless network for on-the-go web browsing. Pricing and availability of the tablet has still not yet been announced.