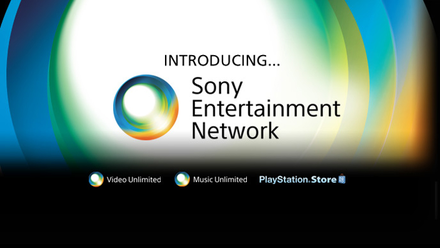 Sony has announced that its major online entertainment services will now be consolidated under one brand from now on, the Sony Entertainment Network. The new division will have three different branches, including the Playstation Network which is in charge of the online console gaming service for the Playstation 3, the PSP and the upcoming PS Vita game consoles. The other two divisions are Movies Unlimited, where people can download and watch movies for rent or own, and Music Unlimited, the new name for the music download service formerly known as Qriocity.

News.com reports that at a press conference in Berlin today, Kazuo Hirai, president of Sony's consumer products and services group, said that this move will "accelerate the integration of hardware, content, and network." Sony, of course, generates a lot of its own content in terms of games, movies, TV shows and music. However, the new division will also offer content from third party providers like Pandoa, Netflix, Hulu Plus and others.

The relaunch of Sony's digital download services comes just a few months after the servers of the company's Playstation Network were attacked by hackers back in April. Sony shut down the service's servers along with those of the Sony Online Entertainment MMO game service for several weeks while it put in new safety features to prevent further attacks. The Playstation Network was fully restored by the end of May. It's not currently known if this rebranding effort was in the works before or after the Playstation Network attack.