Now there's a sentence you'd never expect to see. South Korea has hopped on the online censorship bandwagon. Like North Korea and China, South Korea is now controlling what its citizens can see online. 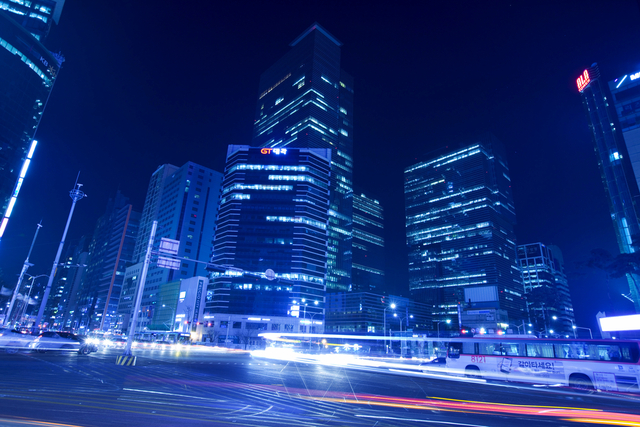 Seoul, one of the most highly-connected cities in the world, is now liable to be censored further.

So far it doesn't seem major, but it's still something that's going to be causing concern. A government critic in South Korea posted a tweet where he cursed the president, and discovered it was blocked. An online activist posted on Twitter that the government officials were much like pirates for approving a controversial naval base. He's now being accused by the navy of 'criminal defamation'.

One judge posted online that the president was out to "screw" internet users. He found himself out of the job pretty soon afterwards, in what was assumed to be a form of retaliation against the comment.

Choe Sang-Hun writes for the New York Times, explaining the attitudes of the government and how the country is approaching the internet. You'd never really expect this from South Korea. Its northern neighbours you'd expect nothing else from, but South Korea is one of the most highly connected countries in the world.

When they're taking steps to ensure you can't see certain things then it's time to take notice. The reason for the censorship is a culture clash between the old and the new Korea. The country's past was much less connected to the rest of the world, and now the leadership is trying to cling onto what's left of that past.

Earlier this year, South Korea was listed as one of the 'Enemies of the Internet' by Reporters without Borders. This was a study finding countries most intolerant of the internet, and it saw South Korea lining up alongside Russia, Egypt, and others known for their dislike of dissent.

It's crazy to consider that in a country where more than one in ten citizens own a Samsung Galaxy SII that internet could be monitored as such. Censorship of pro-North material isn't really surprising, with the two countries still very much at each others' throats. China is well known for its part in reducing internet freedoms.

One of the best examples of Chinese authority online is the Tiananmen Square incident. No results come up when 'Tiananmen Square' is searched for, and it's censored across the entirety of China's internet. There are people brave enough, or crazy enough, to try and bypass these censors. While South Korea doesn't seem to be going that way it does seem that government is holding back the country's progress by clinging onto a past which is now long forgotten elsewhere.