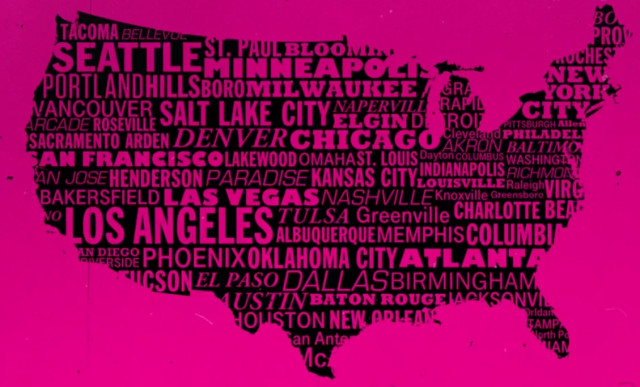 It's impossible to deny T-Mobile's massive impact on the mobile industry over the past year. The Un-carrier movement has caused changes that haven't been seen in the mobile industry for quite some time. Today, T-Mobile is celebrating its one-year anniversary of rolling out LTE and covering 96% of Americans. In less than a year, T-Mobile's 4G LTE network reaches about 210 million customers in 273 metro areas nationwide. In order to celebrate this milestone, T-Mobile has plans to continue its LTE rollout by upgrading its existing 2G / EDGE network with 4G LTE.  This expansion will allow T-Mobile to extend its LTE coverage to 40 million people by years end. T-Mobile also plans to roll out 4G LTE on its new 700 MHz A-Block spectrum once it is acquired.

To coincide with this milestone, T-Mobile has also launched a TV campaign. This advertisement will highlight the 96% of Americans that receive 4G LTE coverage, the networks use of 50,000 cell sites, and takes a jab at Verizon by demanding they "fold up their old map". T-Mobile currently has legal action pending against Verizon. T-Mobile has accused Verizon of inaccurately depicting network coverage in maps for its own advertisements by cherry picking network technology to depict a lesser coverage area.