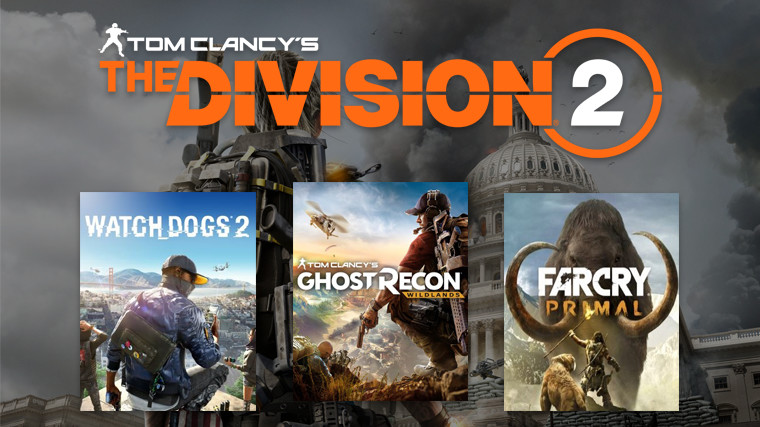 Ubisoft just fattened up Tom Clancy's The Division 2's pre-order bonuses on PC, with the company announcing today that players will be able to claim a free game from a select number of major Ubisoft titles if they pre-purchase a digital copy.

The promotion gives players a choice between three games, which include the standard editions of Watch Dogs 2, Tom Clancy’s Ghost Recon Wildlands, and Far Cry Primal. Once the pre-order is connected to the Uplay profile of a player, they may head to this newly set up page to choose their game.

Interested players don't need to pre-order The Division 2 straight from the Uplay store to be eligible either, with Ubisoft saying the offer applies to the Epic Games Store and any of its other approved distribution partners - just not Steam. The full list of these partnered stores can be found here.

Ubisoft also confirmed that players who pre-ordered the game before this announcement are eligible for the free game as well.

This PC exclusive pre-order offer will be available to claim until March 31, giving players two whole weeks after the game's launch to grab their freebie. The selected free game will be delivered on the same day that The Division 2 is slated to launch, March 15. Meanwhile, those who are looking to try the open-world action RPG beforehand can do so on March 1, which is when the open beta will kick off.