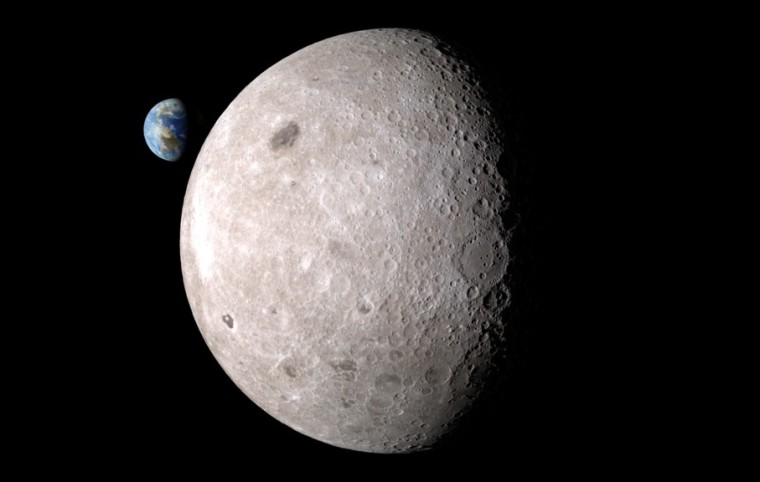 Scientists have suspected since the 1960s that there may be water on the moon. In 2008, the Chandrayaan-1 spacecraft confirmed those suspicions, when it detected water ice on our satellite’s surface. However, most of that water tends to get stripped by the sun, due to the lack of atmosphere and a magnetic field. Today, a team of scientists published a new study in Nature Geoscience, which indicates that there might be a lot of water beneath the moon's surface.

Scientists use spectrometers to examine the wavelengths of the light bouncing off celestial objects, to assess what elements are present on their surface. However, the spectrometers also measure heat, which greatly affects the accuracy of readings from the moon, which gets very hot during the day.

The team conducted their research using measurements from the Chandrayaan-1 spacecraft and from samples retrieved on the Apollo 15 and Apollo 17 missions. Then, they combined this data with detailed temperature readings and maps for specific areas of the moon, which allowed them to remove the heat detection from spectrometer data, leading to some surprising results. The scientists found evidence of water in almost every deposit that was a result of volcanic eruption.

Ralph Milliken, lead author of the study said about the discovery:

“The distribution of these water-rich deposits is the key thing. They're spread across the surface, which tells us that the water found in the Apollo samples isn't a one-off.”

This news could be very important for NASA and other parties that are interested in building a permanent moon base, as drilling into the lunar surface for water would be much more economical than bringing water from earth.