Online pornography is on track to be blocked by default in the United Kingdom by the end of the year, with Prime Minister David Cameron stating that access to such materials 'corrodes childhood'.

Although many ISPs have already implemented the filters, with disastrous results, it appears that some Internet Service Providers are now stepping up the procedure by requiring a customer to opt in or out when a customer tries to access an unencrypted site. 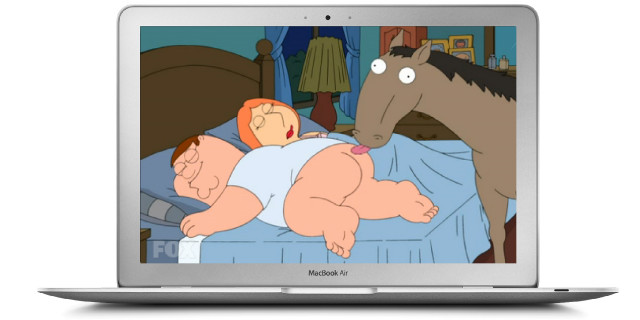 Among the providers, BT, Sky, TalkTalk and Virgin Media are required to ask all their customers if they want web filters turned on or off, with the UK government stating they want to create a "family friendly" internet, free from pornography.

BT blocks access altogether until a customer has made a decision, although it stated that users aren't required to set parental controls when a 'No' decision has been made; a spokesperson for the company told Wired, "If customers do not make a decision, they are unable to continue browsing. The message will remain until the customer makes a decision."

An exception to the rule appears to only be with TalkTalk, customers who access their My Account page to view bills or check details, will see a message about activating parental controls. Customers have to respond to the message to access the My Account features.

Sky and Virgin Media have both said that the browser messages could be ignored, with Sky stating that from next year the reminders would become more frequent until a customer made a decision. Virgin Media have not disclosed how they will get users to opt in or out by January.

Digital rights organisation Open Rights Group have said that ISPs risk setting a precedent for customers to trust hijacked browser sessions in this way, with a spokesperson adding:

How can a customer tell the difference between an ISP hijack and a phishing site made to look the same? There are better ways for ISPs to contact their customers -- particularly given that they have our phone numbers, email and actual addresses,

TalkTalk was the only exception, with a staggering 36% of its users remaining signed up to the filtering - well above the other ISPs. Virgin Media reported the lowest figure of just 4%, but some of this is down to the company's own failures. It acknowledged to Ofcom that many of its engineers - who perform on-site installations for new customers - were deliberately avoiding setting up the filters for users, "on the grounds that the process adds to the installation time."

Are you in the UK and have you encountered the browser hijack? Let us know in the comments below.