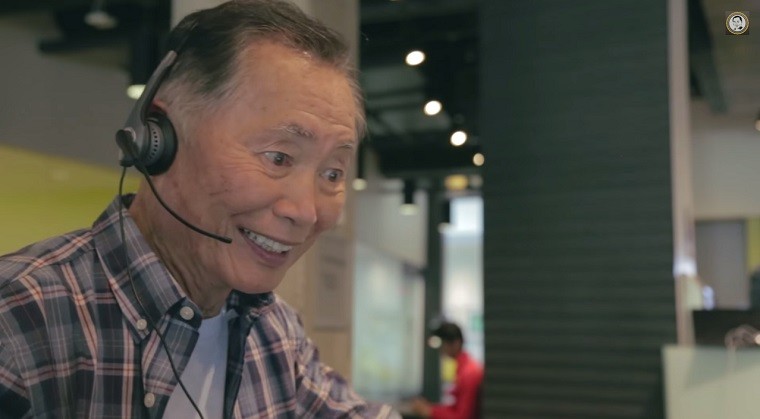 George Takei is probably best known for his portrayal of Mr Sulu on Star Trek, but he’s also a prominent equal rights campaigner for the LGBT community and a passionate technology enthusiast. In the newest episode of his tech-focused series, Takei’s Take, he took a trip to the Microsoft Garage and got to try out the Skype real-time Translator.

The actor arrived in Seattle, known for its coffee and massive technology companies, so it was obvious Microsoft would be one of his important stops on his trip. At the Microsoft Garage, the actor got a first-hand look at the company’s skunkworks division and talked about the company’s efforts in helping ALS patients, efforts that were highlighted in Microsoft’s previous campaigns.

Takei also had the chance to try out Skype’s Translator, the real-time translation tool that Satya Nadella unveiled on-stage earlier this year. The tool allow two speakers to overcome language barriers by translating to and from different – and as of now limited – languages in real-time.

It’s an awesome showcase of technology and one that seemingly deeply impressed the actor. And the best part of it is that the general public will soon get a taste of Skype Translator as the company has been accepting sign-ups for the beta version for a while now.